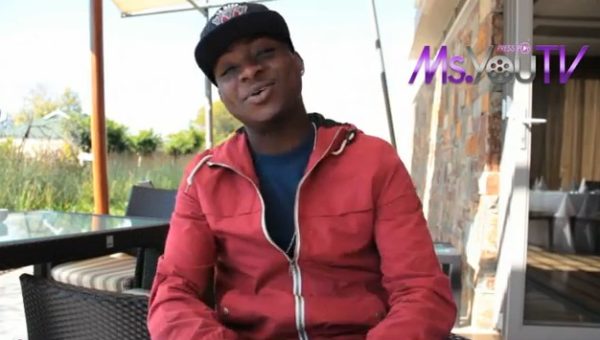 Davido is nothing short of a breakout star in the music industry right now; almost on an upward journey in the likes of Wizkid last year. Wizkid was on the underground scene for a long while and though known, his career didn’t quite explode until his “Superstar” Album launch. In a similar strain, so far, this year has been Davido‘s year with his new hits “Dami Duro”, “Overseas”, “Ekuro” and his older hit “Back When” which featured Naeto C, plaguing the airwaves with their catchy goodness.

So, with his album launch concert for his debut album “O.B.O : Genesis” (Omo Baba Olowo)  just over the horizon, the crew at MsYouTV caught up with the young star to get the scoop during his South African tour. Do you think Davido‘s career would explode like Wizkid‘s? Well, we can’t wait to find out.

Here are some details Davido shared in the Interview:

“O.B.O : Genesis” – He talked about the top class acts to be featured on his debut album from the likes of his HKN Gang – Sina Rambo and B-Red to that of May D, D’Banj, Wizkid, Naeto C and Akon. Is this a classic album in the making?

Wizkid – He acknowledged the comparisons between the two young stars, mentioned how Wizkid paved the way for young artists like him like he would do for future artists. He also said that they are saving his single with Wizkid for later, that it has the potential to “Scatter The Place”.

Davido has a Girlfriend – Although he mentioned Muna and Tiwa Savage as some of the beautiful in the industry, the young star stated that he’s “just chilling” with his girlfriend and wants to focus on his music right now. So, ladies… sorry, he’s taken.