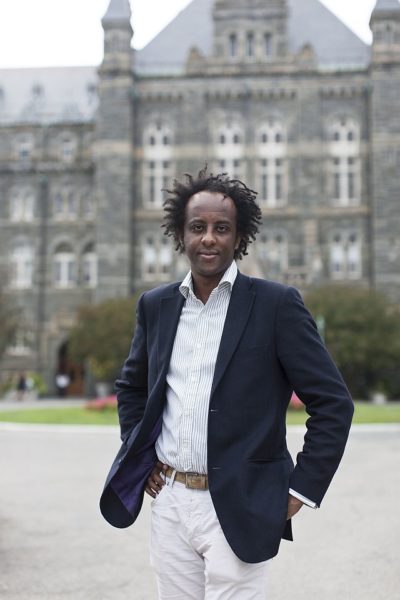 In 2010, Nigerian-American Biophysicist John Dabiri was chosen as a MacAuthor Fellow for his work “investigating the hydrodynamics of jellyfish propulsion, which has profound implications for our understanding of evolutionary adaptation and such related issues in fluid dynamics as blood flow in the human heart.” Today, the The John D. and Catherine T. MacArthur Foundation named 23 new MacArthur Fellows for 2012. Working across a broad spectrum of endeavors, the Fellows include a pediatric neurosurgeon, a marine ecologist, a journalist, a photographer, an optical physicist and astronomer, a stringed-instrument bow maker, a geochemist, a fiction writer, and an arts entrepreneur. All were selected for their creativity, originality, and potential to make important contributions in the future.

The recipients learned, through a phone call out of the blue from the Foundation, that they will each receive $500,000 in no-strings-attached support over the next five years. MacArthur Fellowships come without stipulations or reporting requirements and offer Fellows unprecedented freedom and opportunity to reflect, create, and explore. The unusual level of independence afforded to Fellows underscores the spirit of freedom intrinsic to creative endeavors. The work of MacArthur Fellows knows neither boundaries nor the constraints of age, place, and endeavor.

“These extraordinary individuals demonstrate the power of creativity,” said MacArthur President Robert Gallucci. “The MacArthur Fellowship is not only a recognition of their impressive past accomplishments but also, more importantly, an investment in their potential for the future. We believe in their creative instincts and hope the freedom the Fellowship provides will enable them to pursue unfettered their insights and ideas for the benefit of the world.“

Africa was represented on the list once more this year as 34 year old Washington DC based writer Dinaw Mengestu was honoured as a 2012 MacArthur Fellow.

Dinaw Mengestu is a young writer whose novels and nonfiction pieces open a window into the little-explored world of the African diaspora in America. A native of Ethiopia who came to the United States with his family at the age of two, Mengestu composes tales distilled from the experience of immigrants whose memories are permanently seared by escape from violence in their homelands.

His debut novel, The Beautiful Things That Heaven Bears (2008), is a poignant chronicle of exile that eschews sentimentality by refusing to allow its narrator—a struggling Ethiopian refugee in a gentrifying neighborhood of Washington, DC—to find an easy form of solace or redemption. In this rich and multidimensional tale, Mengestu paints a powerful portrait of lives uprooted and remade in the wake of political violence as well as the fractures and tensions that characterize rapidly changing areas of contemporary urban America. He explores the transformation of the immigrant experience through the increasing flow of information and people between their adopted homes and their countries of origin in How to Read the Air (2010), which chronicles a young man’s efforts to comprehend and come to terms with his parents’ complicated past. In addition to his fiction writing, Mengestu is also a talented freelance journalist, recently making forays into war-torn regions of sub-Saharan Africa to write about life in Darfur, northern Uganda, and eastern Congo near the border with Rwanda. Mengestu’s depictions of the loss of culture, community, and landscape endured by immigrants in America are broadening the thematic concerns and voices encompassed by the American novel.

Dinaw Mengestu received a B.A. (2000) from Georgetown University and an M.F.A. (2005) from Columbia University. His journalism and fiction have appeared in such publications as Harper’s, Granta, Rolling Stone, The New Yorker, and the Wall Street Journal.

Congrats to Dinaw and all the rest of the 2012 Class of MacArthur Fellows. Be inspired to be great!

What Do I Want To Do With My Life? 3 Simple Steps To Help You Figure It Out