The Cycle of Actions, Reactions & Consequences 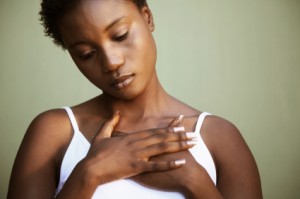 A man came out of his home to admire his new truck. To his puzzlement, his three-year-old son was happily hammering dents into the shiny paint. The man ran to his son, knocked him away and hammered the little boy’s hands into pulp as punishment. When the father calmed down, he rushed his son to the hospital. Although the doctor tried desperately to save the crushed bones, he finally had to amputate the fingers from both the boy’s hands. When the boy woke up from the surgery & saw his bandaged stubs, he innocently said, ” Daddy, I’m sorry about your truck.” Then he asked, “but when are my fingers going to grow back?” The father went home & committed suicide. This story is reported as a true story in the US.

It is funny how a man sells fake drugs to his own countrymen and when he is caught, points accusing fingers at the government saying that if they had fulfilled their promise to provide jobs, he would have had a decent job and not have to sell fake drugs. It is funny how a policeman kills a commercial bus driver for not giving him 50 Naira and then points accusing fingers at the government for whatever bu-ha-ha reason his warped brain is able to conjure. Isn’t it funny how an unemployed youth rapes the seven year old daughter of his neighbour and people somehow manage to conjure up reasons to blame the same government.

Aren’t we tired of blaming the government and using their sins as excuses to commit atrocities? A Gambian traditional folklore says that “if a donkey kicks you and you kick back, you are both donkeys. If the government is corrupt and you choose to embrace corruption as a way of life (whether to get back at them or to get your own share of the so-called national cake) then you are also corrupt.

I am beginning to worry about this country more than ever before because the major problem with this country is not even the corruption that every Tosin, Dumebi and Hassan thinks is the problem of this nation, the problem is our response to this ‘corruption’.

If we embrace corruption and teach it to our kids and the next generation as the only way to make it in this country;if we refuse to do what we are supposed to do because a group of people have choosen to shirk their responsibilities; if we kill each other in the name of religion; if we destroy pipelines, industries and systems in this country as an expression of our anger towards our leaders or the surrealistic politics that is played in this country or the legislative or judicial system, when we finally have good people in government, what will be left of this country, would there even be a Nigeria to be governed in the first instance?

I think it is time we learnt emotional maturity. It is time to break away from that which causes us to focus on the weaknesses of others and the circumstances we feel are responsible for our stagnant situation or the quagmiric state of this country; that causes us to ‘react’ rather than ‘act’.

It is time to do what you would do in spite of what others do; subordinate our feelings, actions and reactions to your own values. In finding solutions or responding to problems, it is important to focus on actions that would solve the problem rather than just taking an action for the sake of it. Because, our response to any mistake/problem affects the quality of the next moment and the next generation. Therefore, it is important to have the right response to issues/problems so that they are settled once and for all so that we do not have the same problem popping up every now and again like an old note.

Remember that sometimes in life we lose the privilege of making choices because of the choices we have made, and the only option/choice remaining is to grapple with consequences.

Related Topics:Anwana Umo
Up Next

Umo Anwana is an Economist with a Master’s degree in Business Administration. She is a fashion entrepreneur as well as a writer and manages an Instagram page @naijaentreprenuerscity where she shares free resources, tested business principles, business case studies and insights to empower small business owners in order to significantly increase their understanding, knowledge base and capacity to grow their business by increasing sales, market share, customer loyalty, managing profits, e.t.c . @naijaentreprenuerscity is also an interactive page where small business owners can share their challenges, experiences and lessons learnt from running a business in Nigeria.