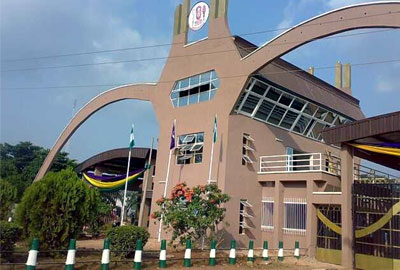 Authorities of the University of Benin, Edo state have faulted the claim made by one of its Professors who announced that he had discovered a drug for the cure of HIV/AIDS.

On Tuesday, Professor Isaiah Ibeh, the Dean of School of Basic Medical Sciences at the University told newsmen that the herbal drug had undergone “series of successful tests” and it would “permanently take care of what over time seems to have defied all solutions”.

As reported in Vanguard, he said that the oral drug was made from plants extraction in Nigeria for the possible cure of the pandemic, HIV and AIDS virus adding that research on the project was started in 2010 which culminated in the development of “Deconcotion X (DX)–Liquid or Bioclean 11 for the cure of HIV and AIDS”.

Ibeh also said that the drug had been exposed to series of medical examinations both in Nigeria and in the USA. He added that the drug had performed well on patients with the HIV virus and had shown evidence of total restoration of damaged tissues.

“The result showed an increase in the body weight of the individual administered with DX. The body weight was statistically significant when compared with the control group,” he was quoted as saying.

He said that further tests were being conducted to determine “at what point will a patient become negative after being administered the drug?” but that preliminary results showed that of the five latest patients orally administered with the drugs, in up to seven months , “three of them were siro negative while two were sill faintly positive.’’

“There are protocols and procedures. Going from stage to stage, we ought to give it clinical trials, by taking it to the Federal Ministry of Health to do clinical trials and many other things involved. We also needed to take it to National Agency for Food, Drug Administration and Control, NAFDAC, and many other things had to be done before you come out with your claims, in addition to taking it to World Health Organisation.”

He said all the university was doing was to protect Prof. Ibeh and the integrity of the institution.

“Only 34 Lions Left in Nigeria” – Lions in Nigeria & other parts of West Africa head towards Extinction!