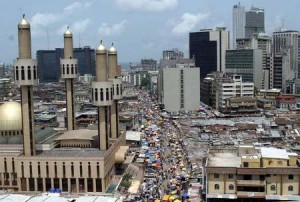 A recent ranking released by the the Economist Intelligence Unit (EIU), a sister company of The Economist magazine on 25 African cities has placed Lagos and Abuja among the top four cities in Africa with the highest cost of living.

The key results of the cost of living rankings per city reveals that Abuja is the second most expensive city in Africa with a total expenditure score of 107.4. Lagos comes fourth with 100.8 total expenditure. Ranking first on the list as Africa’s most expensive city is Luanda in Angola with a score of 131.8, while Addis Ababa came last with a score of 60.8.

In other rankings, Abuja emerged as the 12th city in terms of consumption of alcoholic beverages, tobacco and narcotics, while Lagos took the 21st position among the 25 cities surveyed.

The Economist Intelligence Unit produces regular reports on the “reports on the liveability”, and  cost of living, of the world’s major cities, which receive wide coverage in international news sources.

What do you think about the ranking? Do you agree that Lagos and Abuja are two of the top four most expensive countries in Africa?