Omowunmi Akinnifesi is Y! Magazine's Most Beautiful Woman in the World! Former Beauty Queen smoulders on the cover of the June 2013 Issue 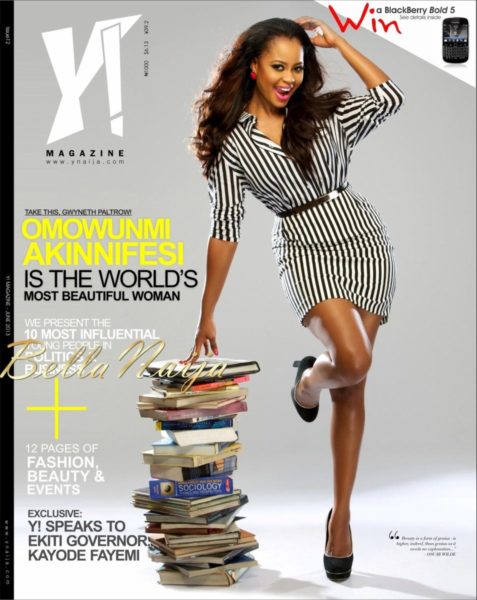 Judging from how the ex-Miss MBGN smoulders on the cover and in the Nigerian publication’s June 2013 Issue, we certainly agree. Omowumi looks playful on the cover in a black-and-white striped dress and black pumps. In the editorial spread, she rocks geek shades, a sexy print dress and a white figure hugging dress.

She’s back! And already, she is taking no prisoners. Omowunmi Akinnifesi, who was Most Beautiful Girl in Nigeria 2005, has just returned from a 2-year public break, armed with a Master’s degree from King’s College, London and already busy working on policy for the Lagos government.

And with beauty, and smarts, and the will to boot, the Y! magazine editors have presented her as their proud alternative to the international People magazine choice for World¹s Most Beautiful Woman 2013, Iron Man actress Gwyneth Paltrow.

The global pop-culture shock at the decision coupled with an already seething defensiveness about the audacity of deciding on the world’s most beautiful female from the comfort of the United Kingdom inspired us to take the challenge ­ who would we choose as the World’s Most Beautiful Woman? The editor, Chude Jideonwo, said Omowunmi Akinnifesi who, incidentally took the Nigerian version of the title eight years ago, came into the country just right in time. 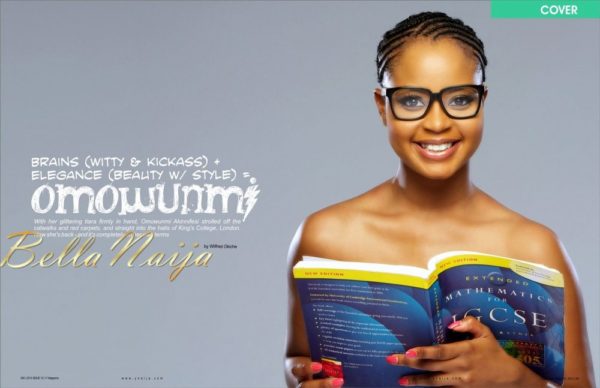 The magazine also includes incisive op-eds on life and country by some of the country¹s best, the Y! list of the Most Influential in business and politics. Plus an exclusive sit-down with the Ekiti State Governor Dr. Kayode Fayemi.

This is rounded up with the best in the culture ­ music, movies, television, places, literature, radio, and a fashion spread. 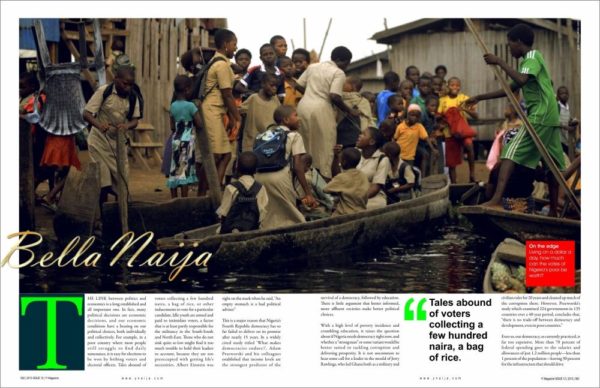 The issue is currently available for sale across the country. You can get a copy at any of the House of Tara stores in Lagos, Abuja, Ilorin, Port-Harcourt, Benin, Kano, Ibadan and Kaduna as well as from Y! campus representatives in 19 states.

For more information and general inquiries, log on to www.YNaija.com/Magazine | follow them on Twitter @YNaijaMagazine. You can visit the website for information on how to pay with your mobile phone, and have the magazine delivered to you.

“One of A Kind” Singer Davido Hits the Road Again! Slated to Commence European Tour in June 2013