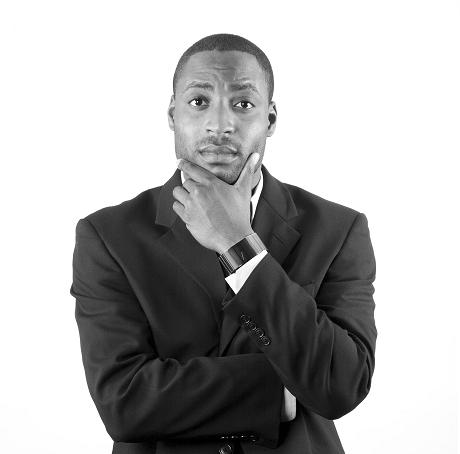 So unless you have been living under a rock, you must have heard about the Ese Walter story. If not, google Ese Walter. Now back to the story…

Ese Walter on Thursday of last week alleged that she had an intimate 1 week affair with her Pastor…Pastor Biodun Fatoyinbo of COZA. The whole world (including third world and first world citizens) waited eagerly for the pastor’s response and they were not disappointed. At least if you are a Nigerian, you were not. It was the classic leave it to God response, embellished with occasional screams from an adoring congregation as the pastor made empty statements like:

If we could summarize his speech it would be God said I should leave it to Him. Leaving it to God? The classic bail out line used by Nigerians all the time…but who is this God we are leaving things for?

Is it the same God that stood and watched as thousands of African slaves were brutally abused and dehumanized under the biblical words of 1st Peter 2:18-25….slaves be loyal to your masters even the harsh ones? Or was it the same God that Martin Luther King conjured in his I have a dream speech when he said it was time to make justice a reality for all of God’s children? Talking about God’s children…

Was it the same God whose very own special child Lola Akindele saw in her dream for 2 years straight? The one who ensured that she was given bread and not pounded yam at 3am? The one she gloriously quoted several times before notifying the world that her new book “Papa’s LITTLE Girls” is about to come out, just in case you wanted to buy it?

Was it the same God that dwelled over the August 4th Sunday service in Delta state. As Revered Iweh Godspower urged the congregation to emulate James Ibori. The same Ibori who is still serving jail terms in London prison for fraud? The same Ibori who robbed Delta state blind, but is still ironically cheered upon by the very own people he robbed? Was it that God? And o while we are on criminal and crooks, let us not forget Dimeji Bankole, was it the same COZA God that presided over his welcome home service after over $1 billion was discovered in his UBA account?

I think not…I think He was there…amongst us. Yelling to us to take action, but someone probably said…the lazy words…the sell out words…the words used to protect the cowardly…leave it to God. So they left it to God and then blamed it on the Devil.

That has become the irony of life in Nigeria. Leaving everything to God and taking little or no responsibility as we act in the words of Lagbaja like mumu’s. 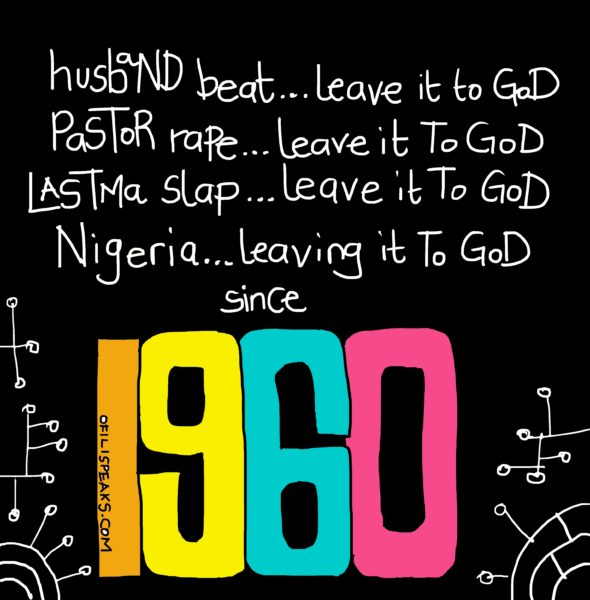 Reminds me about that joke about the Nigerian man who throws up money in the sky and says that God can take what he wants. But God does not take any, it just falls down to earth and we laugh at the joke. But the joke is on us as, as anyone with an imagination is able to create their version of what God told them to suite their very situation…whether it is to promote slavery, to sell a book or dodge a sticky adulterous situation. They throw up bullshit, disguise it in scriptures and soon people are munching it up as the new shit! Bathing in the shit…rolling all over the shit and even tweeting the shit.

As in the case of #COZA…people jumping up and down but failing to realize that the pastor has not faced the issue, he has simply conjured a series of scriptural verses and passages to deviate from the point. The same alleged tactic he used on Ese, is magnified on an entire congregation. And before you know it, one month will pass, maybe two and soon Ese Walter will be forgotten and Pastor will be cruising abi flying again…just like DANA airlines. Simply because we chose to leave it to HIS God! #ShineYourEyesNigeria

Ofili is an author who blogs about life, success and Nigerian crap. Follow him on Twitter, Facebook or subscribe to his blog for more honest talk and as @ofilispeaks on Instagram for more sketches! To bring Ofili to your school or organization as a speaker simply go here. His third book is titled How Intelligence Kills Us and will be coming out as soon as possible.