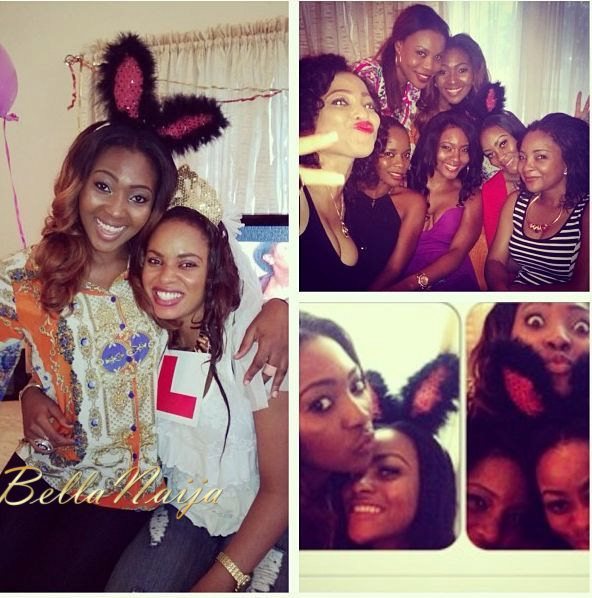 Strictly for the ladies.

Congrats to Matilda Obaseki. Earlier this week, the Nollywood actress known as Angela Dede on M-Net’s hit show Tinsel, took another step into becoming a Mrs with a bridal shower.

The actress who has been MIA at recent red carpet events and social gatherings, was all smiles and stylish in a white sleeveless chiffon blouse, jeans, red heels and a gold tiara with a short veil.

Matilda announced her engagement in early 2012 and welcomed a baby boy in September 2012.

Check out the fun shots. 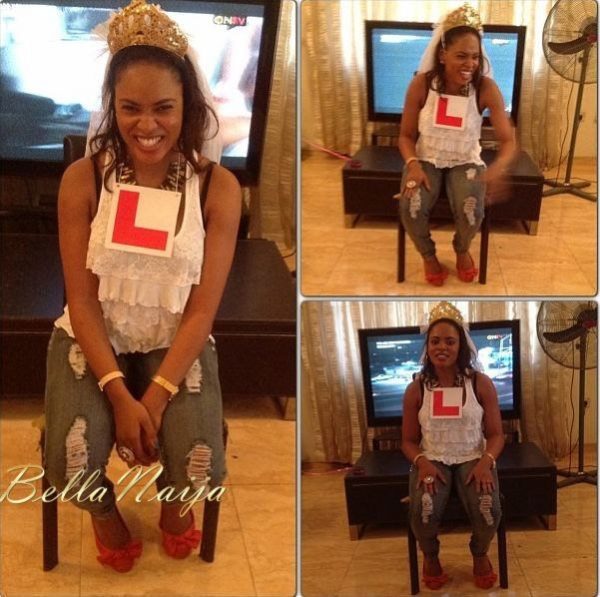 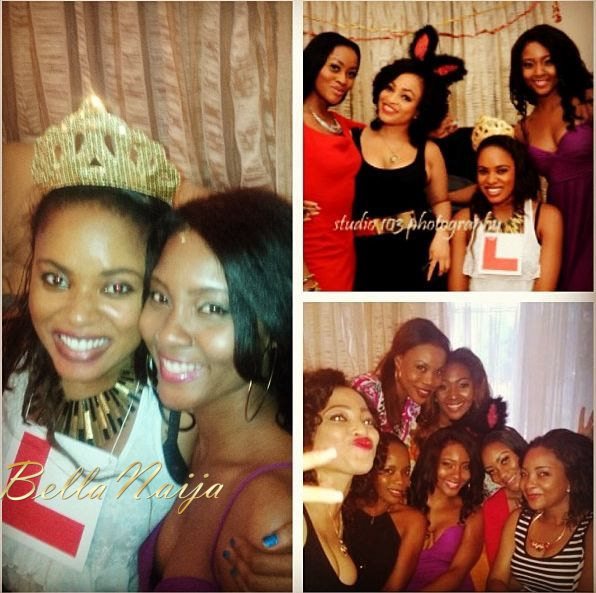 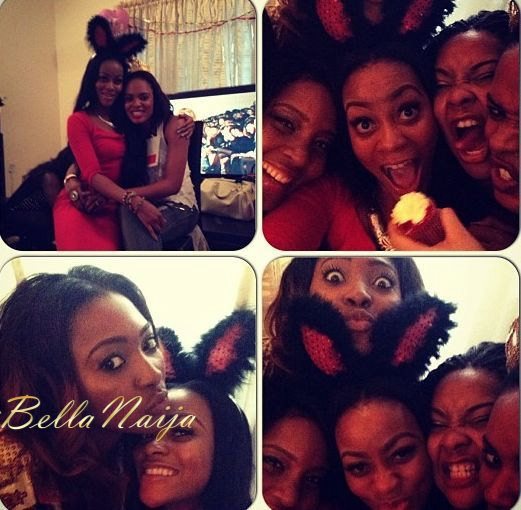 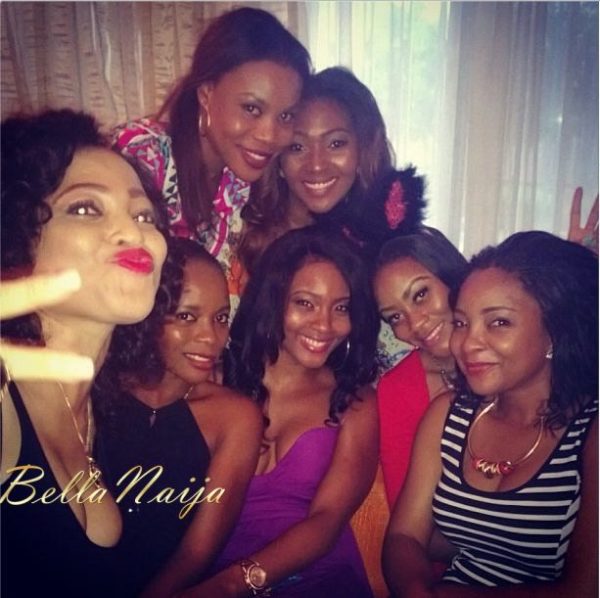