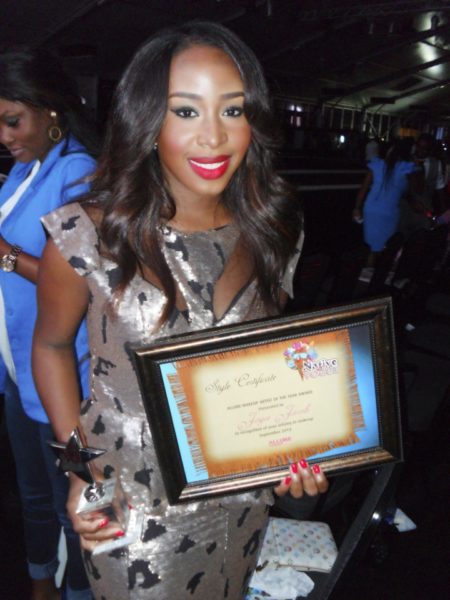 Now, she has conquered another feat as she is named the “Makeup Artist of the Year” 2013 by Vanguard Allure at the Native & Vogue International Fashion Week which took place this past weekend in Port Harcourt.

With an interesting and impressive clientele of names like Millen Magese, Tiwa Savage, Funke Akindele, Tonto Dikeh, Lloyd Banks, Wiz Kahlifah and Wizkid, it’s no wonder why she has been given this inspirational award. 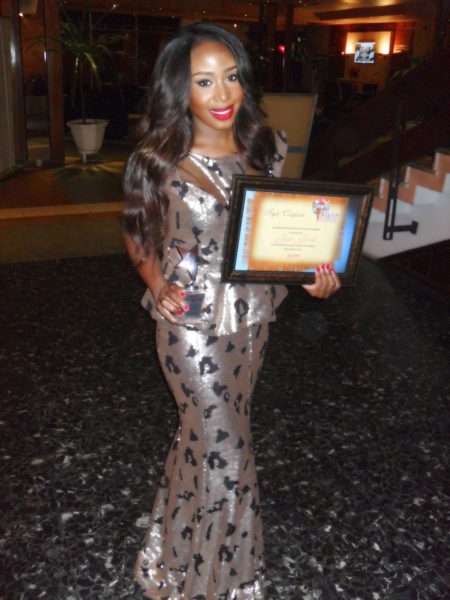 Joyce attended the event wearing a stunning silver & black floor length metallic cut-out dress by Ms Makor, a glamorous face and red lip and let her wavy hair down. Are you feeling her look? 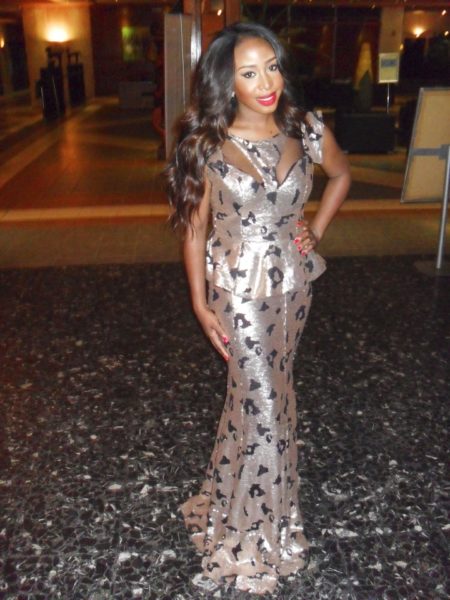 Joyce Jacob has also been nominated for the “Makeup Artist of the Year” 2013 at the Exquisite Magazine Eloy Awards 2013. We wish her the best of luck.

Murad, The First Doctor Brand, Clearing Blemishes through the Science Of Cellular Water with the Acne Range!