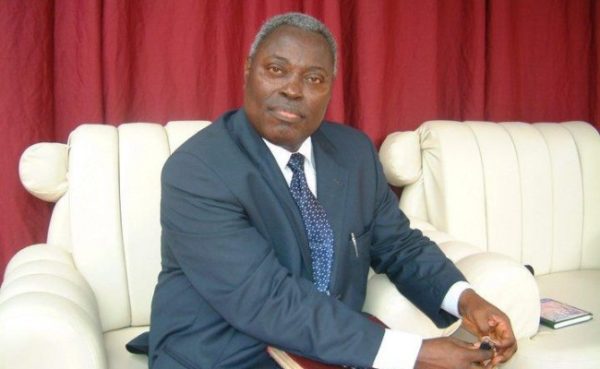 Christmas is not to be celebrated by Christians.

The General Overseer of the Deeper Life Christian Ministry, Pastor W.F Kumuyi has warned members of his church that it is idolatrous and unscriptural, reports Punch Newspaper.

Read what the pastor said;

“We don’t celebrate Christmas. It actually came from idolatrous background. That is why you don’t hear us sing what they call Christmas carol, Never! We always say it is the December retreat. We are only gathering together because it is the holiday period and love the lord more, and rededicate ourselves more.

We are not trying to make the church turn like the world. We want it to be like Jesus Christ, and more like the Apostles. If you don’t have that mind with us, then you have permission to go to other places.”

Monsignor Gabriel Osu, the Director of Social Communications, Catholic Archdiocese of Lagos responded to the statement.

“I don’t know what he means by saying the practice of celebrating Christmas is wrong.

Is he saying that Christ wasn’t born? That he didn’t come to die for us? Does he not celebrate his own birthday? Do Kumuyi’s pastors not celebrate him? It is not everything I react to; some people just seek attention. If Kumuyi is a Christian, then he must believe in Christ.

The celebration of Christmas didn’t just start today; it is too public an event for anyone to say that they don’t know what it is about. If Kumuyi is condemning the commercialisation of Christmas, I can understand that. Christ came to redeem us from our lost state; this was actualised through his coming, his birth; that is why we celebrate Christmas. It is the fulfilment of God’s promise

I saw him on the television a few days ago. He was in Akwa Ibom State and was the chief preacher during their Christmas celebration event. Kumuyi is just saying what he feels; he is not making any doctrinal statement.”

Angela Simmons rocks Nigerian Designs in Lagos! Which Look is your Favourite?