Atoke's Monday Morning Banter: I Can Never Shop At Primark 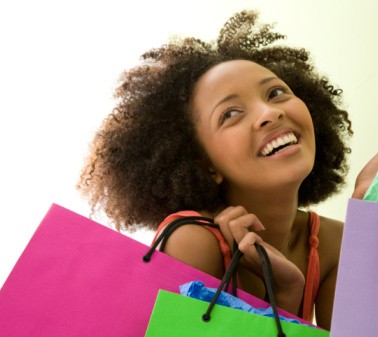 One of the most fundamental lessons you learn ‘Coping With Winter 101’ is ‘The Art of Layering’. Thermal underwear, then your t-shirt, followed by a jumper – . On top of the jumper, have a nice thick coat. It is imperative that you invest in a good, quality coat, because when all fails, it is the one thing that will help keep the cold away.
I had cause to pass on the notes I had been given in this class to my sister in-law, who recently moved out here. She wanted to buy basic clothes, because she had left most of her clothes behind. So we checked top after top, and together, we rejected one after the other. If she picked a nice one, I’d look at the price tag to see if it was commensurate to the beauty/joy derived from owning it. After about an hour of failing to make headway, I suggested that we head down over to Primark to get a wide array of cheap t-shirts. My argument was that the t-shirts would be worn under several layers of clothing and nobody really cared whether it was from Primani or not. “One has no business buying t-shirts, flip-flops, PeeJays and pack of panties outside of Primark, really.”

Before you judge me…here’s my defence. Once you put those things in the washing machine and dryer, depreciation automatically sets in. There’s very little you can do to save the lifespan of vests or PeeJays  (this is me not remembering how to spell the word in full and not willing to work my way around Encarta).

I have heard a lot of people say they can never shop at Primark, H & M or Next. Some years ago while on holiday in America, I accompanied some friends on their shopping ‘waka’. We walked into Walmart for something and one of the girls saw a nice skirt and wanted to buy it. We all agreed that the skirt was pretty so Funmi tossed it in the shopping bag. Then came the voice of dissension: “Funmi, it’s nice but remember this is Walmart. When you get back to Lagos you’ll see hundred people rocking the same skirt as you”. I gaped at Bolu. “Say what now?”
According to her, buying items of clothing from certain stores was a certain No-No. She stated that she liked to wear unique pieces and the Lagos clothes market was saturated with items from Conway, Walmart, Next and Primark. I was going to remind her of the fact that when we were in Unilag, she was the number 1 patron of Mr. Jeans, but I decided to hold my tongue.

I argued that there was a fault in her reasoning because she’s a serious Aso-Ebi fanatic. Ankara and lace sold as Aso Ebi are mass produced. If we go by the logic of not wanting to wear stuff that everyone was wearing, surely the rule ought to apply to Aso-Ebi.

There is also the possibility that one presumes that one is better than certain people. For instance, someone I know will not wear a Hawes and Curtis shirt anymore, because “One girl in Finance wore that shirt last week”.

On the flip side, there’s an argument that it has absolutely nothing to do with being snobbish. For instance, if you’ve shopped at Collectibles and Land of Plenty all your life, it might be understandable if you don’t know how to meander through the alleys of Tejuosho or Lagos Island market. If you’ve been brought up shopping at Harrods, is there really any reason why you should have to ‘slum it out’ with people who shop at places with cheaper items? Especially as it is not a competition of who can stretch the Dollar the farthest.

Then there is also the important issue of quality. This makes it important to differentiate things that one would absolutely not buy in certain stores. Accessories? “Yes. Shoes? Heck no!” Or something along those lines.

Where do you shop and why do you shop there? Do you balk when you see an F & F or George, Cedarwood State tag on something you’re buying in Lagos? Would you rather do your shopping in Waitrose? Or do you just go to Ebeano? Guys, do you have anything against buying suits that are not of a particular brand?

Have a beautiful week ahead. I’m rather zinged this morning. Yes, you know it… pay day is around the bend! Is it me or is January is such a tediously long month?
Oh, before I go, I’d like to specially dedicate this morning’s Banter to Uche from Etisalat customer care service. She exhibited a special sense of professionalism in the audio clip below!