Finally! "Half of a Yellow Sun" to Premiere in Lagos this April 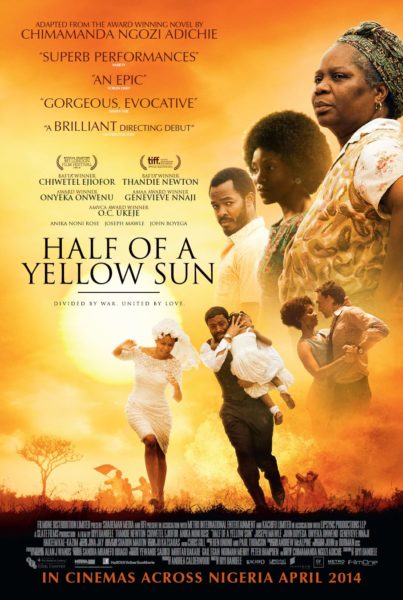 Yay! We are so excited that the adaptation of Chimamanda Ngozi Adichie‘s 2nd novel “Half of a Yellow Sun” is premiering in Lagos this April.

BellaNaija Movies & TV can confirm that the movie will be released in cinemas on Friday 25th April 2014.

It was directed by Biyi Bandele.

The film will be released in Australia on the 27th of March, in the UK on the 11th of April, and in the US this summer.