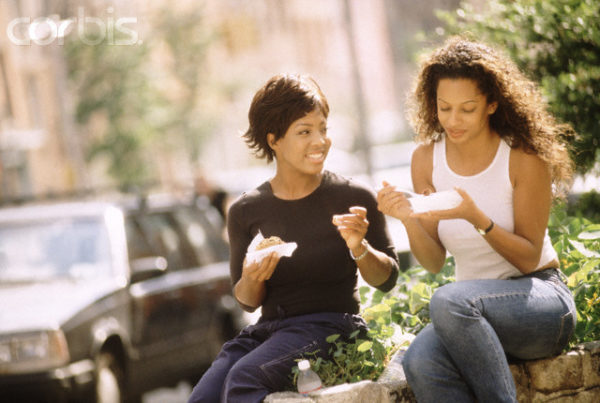 It was Saturday morning and there I was sitting beneath the only hair dryer in a tiny salon on the east side of my city. Although it has been spring for at least two weeks, the morning was still chilly like the sun was afraid to shine after its long hibernation (October-March). To pass the time, I casually flipped through an aged fashion magazine, silently willing my hair to dry faster so I could return to my weekend activities.

I was nearing the end of my ‘blast from the past’ magazine when a lady walked into the salon. She was well dressed, obviously well to do and she seemed to know my stylist quite well because unlike the lukewarm greeting of a nonacquaintance, this customer was greeted with a bear hug and plenty smiles. In a matter of seconds, the ladies were chatting about anything and everything.

From their conversation, I gleaned that they had grown up in the same neighbourhood in Lagos; perhaps not quite friends at home, they had quickly bonded when they found each other in a foreign land. Back and forth, they chatted about common friends, former neighbours, relatives and I must have drifted off briefly despite the heat of the dryer because the next time I paid them any mind, Bimpe (as my stylist called her) was moaning about her husband.

Apparently, her husband had recently started work at a new company; one of those high paying multinationals where their employees always seemed to be living in fast forward and part of his job role was to network like his life depended on it. According to her, although the money from this new job was very generous, it seemed that her husband was enjoying the social outings a little too much. In a very short time, he had made new friends (other super networkers) who in Bimpe’s mind were encouraging him to drink more, spend more time with the ‘boys’ and not help out at home or with the children as much as he used to when he had had just an average paying job.

“Haaa You are nice oh!” Our hair stylist exclaimed

“I am surprised you are still in that house with him” she said. Her fingers making short work as she curled her friend’s hair.

“You are complaining about him mixing with bad friends! Do you know if they have introduced him to a girlfriend? Maybe that is why he is even changing sef? “You better be sharp and leave the house for him before he gives you one of these diseases flying around- AIDS is real” she concluded solemnly

At this point, I had almost fallen out of my chair and the ‘Aproko’ in me was paying full attention. ‘What is this woman on about? I asked myself. How had the woman’s complaint suddenly gone from keeping bad friends to HIV/AIDS? ‘Hian!’ talk about exaggeration! But of course I couldn’t say anything – after all, were they speaking to me?

Anyway, soon Bimpe’s hair was fully curled and she took her leave – no longer as cheerful as when she had come into the shop. She hadn’t even driven away when the stylist hissed loudly.

“Look at her complaining about her husband. That he is making good money and giving her love is not enough ehn?” She asked obviously angry.

To say I was shocked is putting mildly as I starred at this woman baffled. It was indeed a light bulb moment. ‘So she had purposely given Bimpe bad advice because of her jealousy’. As much as I hadn’t liked her stance, I had thought she was simply a pessimist or at worst an alarmist who liked to make a mountain out of nothing.

“She has everything and she has the mouth to talk? Nonsense! Let her ask me whether my husband even has a job or am I enjoying and standing on my feet in this salon every morning till night? The tirade continued.

Dear readers, I will not bore you with the other malicious things that this stylist spouted that day but by the time she was done with my hair, my ears were full. I had allowed her talk, to expose the depth of her malice towards this innocent woman who called her friend and in the process, she also taught me a lesson that I can never forget.

First, second and last rule is to avoid talking about your home or personal life with anyone simply because you think they are your friend. Many times, we unknowingly share details of our lives during idle or casual chats that encourage others to contribute their two pence. Now I know why the average ‘oyinbo’ will rather talk about the weather or sports than himself. Remember, things are not always as they seem and even those who smile and laugh with you can hate you so much that they only want the worst for you. If ever you feel like you must share, please choose your confidants wisely because as my old school girls will say,

I would love to hear your views on sharing with friends or any good or bad experiences you may have had with sharing your challenges with people.

Kome Olori Agulonu is a writer and trade finance analyst. She is also the CEO of Chunky Jewels, a brand of unique, African inspired costume jewellery sold online in the United Kingdom. You can read more of her writing on her blog: www.shedarestosucceed.com Connect with her via twitter @komeolori or email her at [email protected]