Norway will be celebrating the 200th anniversary of its constitution next month. To commemorate the event, the country’s government is opening a “human zoo” to re-enact an  exhibition that took place in the colonial era during the 1914 Norway World Fair, where Africans were exhibited as though they were animals.

Organizers of the “human zoo” re-enactment say they have chosen to embark on the project to enable important discussions about the legacy of colonialism and racism.

However, this planned re-enactment  has sparked outrage worldwide. Many have said the exhibition is degrading and will be humiliating to Africans worldwide and may cause racial stereotyping to become even more rampant.

The 1914 “human zoo,”which was open for 5 months, contained 80 Senegalese people. Norwegians at the time, paid to visit the exhibition and stare at the Africans living in palm-roof structures and conducting their daily routine of making handicrafts, cooking, and eating.

Other western countries like the US, France, Belgium, and Germany also had such zoos during the colonial era. 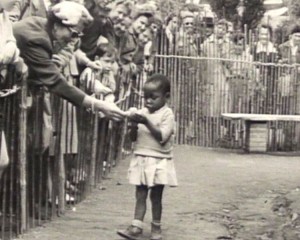 Bella Naijarians, what do you think about a human zoo being re-enacted by Norway? Is it a harmless project as the organizers say? Or is it an insult to Africans. Let’s talk about it!