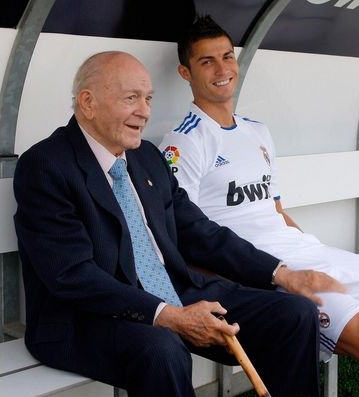 He had suffered a heart attack on Saturday. Afterwards, he was in an induced coma at the General Universitario Gregorio Maranon Hospital, The Independent reports. He died on Monday.

He had reportedly battled with several health problems in recent years.

The Argentina-born former forward played for Real Madrid from 1953 to 1964. With 307 goals scored during his career, he is known as the club’s second highest scorer in history. He also served as a coach for the team for two separate periods of time.

Cristiano Ronaldo, a star player on the Real Madrid team, expressed his sadness at the news via twitter: