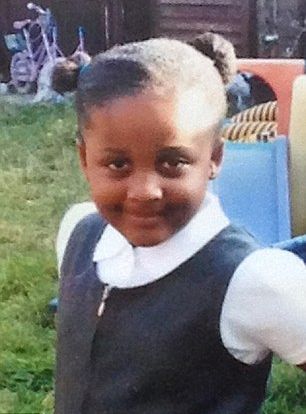 On Wednesday morning, a Nigerian mother accidentally knocked down and killed her daughter, Bolutito Shodipe, while trying to park her car.

The 6-year-old girl was run over outside the Hounslow West Tube station in South-West London, UK.

According to Daily Mail, the family is devastated and are “coming to terms with this terrible accident. “

The British Transport Police is currently investigating the incident.

Reports state that Bolutito’s mum was trying to park her car outside the station at around 9:40am when she hit her child.

Paramedics from the Police and London Ambulance Service tried to resuscitate the young girl but she was later pronounced dead at St Mary’s Hospital in Paddington.

In a statement, the family says “this is an extremely upsetting time”.

A detective told reporters that, “It is clear that both mother and child arrived together in the car park and the accident occurred during a parking manoeuvre.

Specialist officers are now providing full support to the girl’s family whilst detectives are working to determine exactly how the incident occurred.”

Charles Novia Weighs In On Ultimatum by Northern Leaders for GEJ