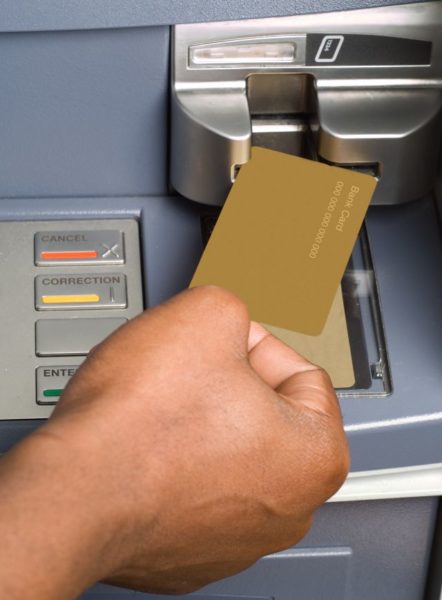 From the 1st of September 2014, bank customers will pay a token for cash withdrawals made on other banks’ Automated Teller Machines (ATM). The Central Bank of Nigeria announced this on Wednesday.

If you recall, customers used to pay N100 if they used other banks’ ATM, but it was cancelled by the CBN and Deposit Money Banks in December 2012.

Now the current fee is N65, that is N35 less than the former fee.

The Central Bank agreed to re-introduce the charges because the cost of transaction was becoming too burdensome for the banks to continue to bear.

Director of Banking and Payment Systems Department of CBN Dipo Fatokun said the first three withdrawals on other banks’ ATM will be free but it would become effective on the fourth withdrawal in a month.

“The CBN hereby issues the following directives: The re-introduction of ‘Remote-on-us’ ATM cash withdrawal transaction fee, which will now be N65 per transaction, to cover the remuneration of switches, ATM monitoring and fit-notes processing by acquiring banks; the new charge shall apply as from the fourth ‘Remote-on-us’ withdrawal (in a month) by a cardholder, thereby making the first three ‘Remote on us’ transaction free for the cardholder, but to the paid by the issuing bank.

September 1, 2014 shall be the effective date for the implementation of the new charge; banks are expected to conduct adequate sensitisation to the customers on the introduction of the new fee; all ATM cash withdrawals on the ATM of issuing banks shall be at no cost to the cardholder.”