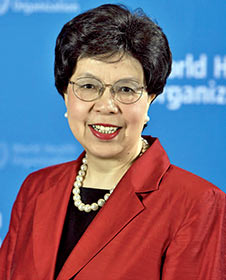 China has contributed six million U.S. dollars to the UN World Food Programme  (WFP) to support the agency’s emergency operation in response to the Ebola virus outbreak  in West Africa.

A WFP  official disclosed the contribution in a statement in New York on Monday.

It quoted Denise Brown, WFP Regional Director for West Africa, as saying that “the contribution comes at a very difficult time when the world needs to reverse Ebola’s advance.’’

She noted that the agency and its partners are also supplying food to people under medical quarantine, patients receiving treatment, as well as their relatives and affected communities.

She said the donation would allow WFP to purchase vital food supplies for over 300,000 people for one month in the three affected countries, as well as support its logistical needs.

Brown called on other countries and donor agencies to continue to contribute funds and humanitarian items in order to bring relief to those affected by the Ebola outbreak and the survivors.

An estimated 1.3 million people have been impacted by the virus in Guinea, Liberia and Sierra Leone.

Meanwhile, the World Health Organisation (WHO) has again praised Cuba for sending more doctors, nurses to fight the Ebola pandemic in West Africa.

It added that a team of 165 Cuban medical doctors and nurses had earlier arrived in Sierra Leone in October to support the Ebola response efforts.

WHO chief Margaret Chan, who spoke via video conference to delegates attending a Summit of a regional group of Latin American and Caribbean countries on Ebola, said:

“The aim of the meeting in Havana, Cuba, is to define who will contribute what to resolving this complex emergency, as well stopping the spread of the virus.

“I must thank the Cuban government for giving the Ebola outbreak response so many highly experienced Cuban doctors and nurses.

“I have seen the many news photographs of these staff in their sparkling white jackets ready to help.

“This brings a most welcome phase of hope to what is otherwise a horrific outbreak,’’ Chan said.