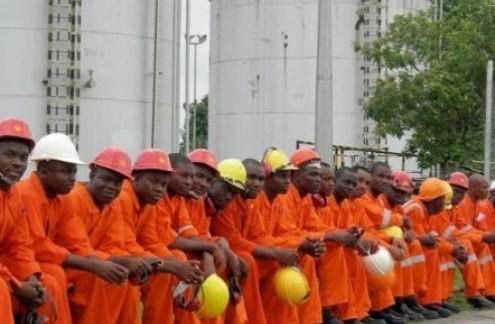 The Federal Ministry of Labour and Productivity has scheduled a meeting with NUPENG and PENGASSAN against Tuesday in Abuja to resolve the ongoing strike embarked on by the two unions.

This is contained in a statement by the Media Officer of PENGASSAN, Babatunde Oke, in Abuja on Monday.

“The Federal Government has invited the two unions for a meeting in Abuja where the affected stakeholders will be in attendance tomorrow Tuesday by 11a.m.

It said there was total compliance to the strike in some of the oil installations in the country.

The statement said there was no loading in Lagos as most of the depots were shut and all offices were closed; where some staffers were seen, there was no work.

“At Ejigbo Depot, some tankers that loaded earlier in the day were restricted but later allowed to move out of the depot because of the danger attached.

“At Apapa depots owned by Mobil and Oando, there was total compliance.

“But there was skeletal work by NUPENG members at Total Depot; it was later stopped in the course of the day,” it said.

It said in Warri and Port Harcourt refineries, there were total compliance in all oil and gas locations, including the upstream and midstream as the loading bays were shut.

According to the statement, in Kaduna and Abuja, there was total compliance on the part of PENGASSAN members.

It said the gate of Kaduna Refinery was shut and no entrance was allowed into the premises and there was no loading also.

“Earlier in the morning, the NNPC towers were opened for business and workers were at their desks but they were later called to stop work at about 11.45 a.m.

According to the statement, members of PENGASSAN are fully mobilised for the strike, while few members of NUPENG are working at some of the agencies.

Bill Cosby’s Wife Speaks Out: “He is the Man You Thought You Knew”