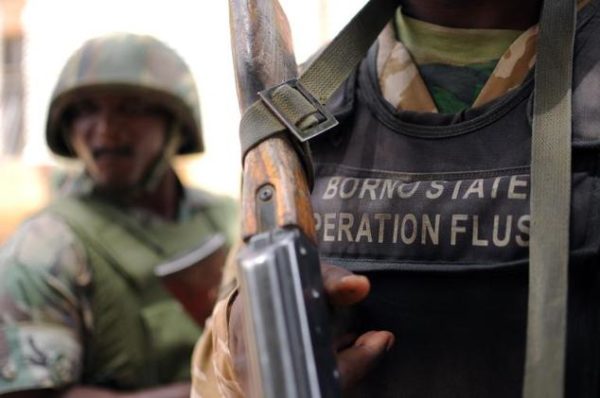 The Nigerian government has cancelled plans to have the United States military train a Nigerian army battalion to fight Boko Haram.

According to Sahara Reporters, this move illustrates the continuing strained relationship between the two countries over the Boko Haram issue.

Nigeria had accused the U.S of not providing enough support for the fight against Boko Haram. In November, Ade Adefuye, Nigerian Ambassador to the U.S expressed his dismay, stating that the United States had refused to sell arms and equipment to Nigeria to assist in defeating Boko Haram. In response U.S officials reportedly accused Nigerian security operatives of human right violations, stating that its laws prevent them from selling arms to countries with such human rights records.

Here is the statement the U.S released addressing the cancellation of the military training:

At the request of the Nigerian government, the United States will discontinue its training of a Nigerian Army battalion.  The first two phases of training were conducted between April and August 2014, and had provided previously untrained civilian personnel with basic soldiering skills.  Based on mutual assessment of the Nigerian Army and U.S. trainers, a third iteration of training was agreed upon with the intent of developing the battalion into a unit with advanced infantry skills.

We regret premature termination of this training, as it was to be the first in a larger planned project that would have trained additional units with the goal of helping the Nigerian Army build capacity to counter Boko Haram.  The U.S. government will continue other aspects of the extensive bilateral security relationship, as well as all other assistance programs.