Ugochi Ukah: The Voices Within 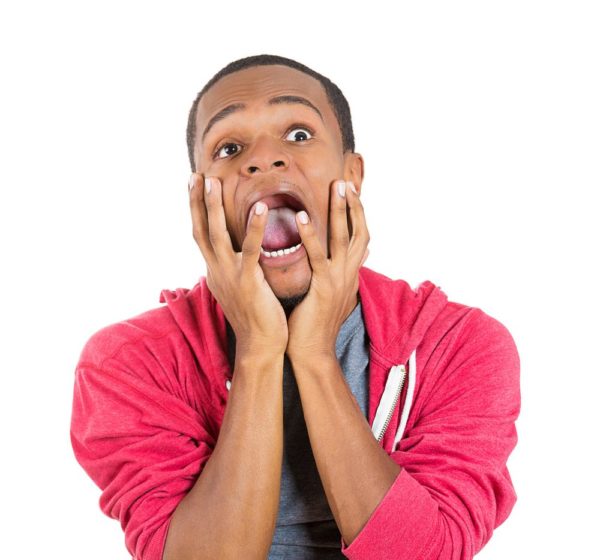 I was sixteen. I was a young girl, just getting into college and enjoying the new freedom of life. I had just got for myself a new ‘best friend’, who was good looking. To be sincere, he was exactly my type of guy but he already had this new girlfriend and so we kept our boundaries.
He used to say the weirdest things; things that made me laugh, like how he could hear people talking to him, how he could see more things than I could, and how he could control objects with his mind. I found him witty, although I never said any of those things to anybody else and I never thought much about what they may have meant.
The year went by quickly; we were still friends but our friendship was petering out because his girlfriend had made it clear to both of us that she did not like my being around him too much. So I decided to keep my distance and slowly, I started to cut off. Besides, I did not find his stories as funny as I used to, and school work had become less bearable.

So when he came to me one night, pacing around my bedroom and saying that he was going to jump off from the roof of our building, I did not laugh as usual, neither did I take him seriously. I just stared at him and shook my head. I was in no mood to give him any special attention that night and I wondered why he even wanted my attention given that I was sure he got more than enough from his girlfriend and from many other girls. So when he continued with his ‘joke’, I became really cross and my response to him was “Do whatever suits you” before I waked him out of my room and went to bed.

There were loud screams that woke me up. I heard some of them shouting “No! Don’t do it!” while a few were laughing and saying “Jump! Superman, jump!” I ran out to the balcony of my hostel room, which was on the fifth floor, to see what was causing the commotion. Following the direction of the people in the hostel pointing, I realised that the point of distraction was coming from directly above me, so I looked up and there he was, with one of his legs hanging over the rail! It was truly my ‘best friend’ trying to jump, I was in shock!

I clutched my chest not knowing what to say or do; all I could do at that point was to watch. Fortunately, he was prevented from jumping and rescued after half an hour of people going to the roof to plead with him. The next day, his parents flew in and took him away. Some said he had been taken to South Africa for prayers and others, to the US for treatment. I never got the chance to speak to him before he left and so I never understood what had happened to him. The door to the staircase leading to the roof of our hostel was shut permanently that night and the beautiful romantic view from our building was lost to us. I never set my eyes on my best friend again and after a short while, I didn’t think about him anymore.

I was 22. I had finished from college and decided to volunteer with a mental health organization. It was a perfect opportunity for me to boost my CV and meet interesting people. I learnt about different types of mental health issues and it was then, I became more familiar with terms like bi-polar disorder, anxiety, depression, schizophrenia, etc. Most of the work I did seemed abstract to me, nonetheless I carried out my duties wholeheartedly because I also wanted to make a positive difference in the lives of people.

I still did not think about my friend 2 years later. I happened to be taking a long flight to another part of the world. Usually I loved to sleep in the plane but I decided to stay awake so that I would not be hit too much by jetlag on arrival to my destination. So I began to watch a movie I came across on the menu; it was titled “A Beautiful Mind” and it was based on the biography of an intelligent man that had suffered from schizophrenia. I found the movie so intense that it almost felt real. The actor could see (or imagine) people that did not exist, hear voices speaking to him, and was even doing things that made no sense because he was following instructions by ‘those people’!

I did not know why at first but the storyline felt very familiar and I could feel my chest pounding. And then I thought about him for the first time in many years – my best friend in my first year of college. I thought about all the things that he used to say to me, the things I had laughed at, the things I had never told anyone. Many of them were similar with what was going on in the movie. It was right then that it occurred to me that my long lost friend had probably suffered from the same thing and he was not just seeking for attention; maybe he had actually needed my help. As I sat in the plane with tears flowing down my cheeks, I wondered what I would have done back then differently.

I almost blamed myself for that night where he tried to jump off the roof and even though I had almost resented him for making them close the door to that beautiful site, I began to regret most of my actions. I was 16 then and did not know much, maybe if I had talked to him or even talked to someone else, we would have been able to solicit some help. Maybe if I had not responded selfishly by saying ‘do whatever suits you’ that night he had told me about his near-suicidal intentions, I might have been able to save him from the embarrassment and drama that took place at the hostel. It was a bitter feeling that I carried with me until I reached my destination. Just before I lay to sleep, I got down on my knees and said a quick prayer for him; this time I prayed that only the best would be what suited him.

This story is dedicated to a friend; I hope you have found peace in your heart.

How to Plan the Perfect Christmas Party: Choosing the Right Decor