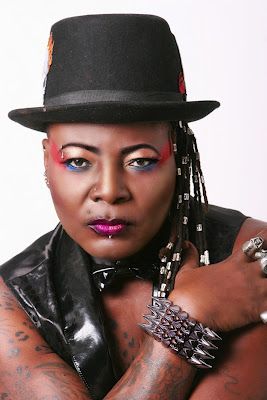 Charles Oputa, popularly known as Charly Boy, on Wednesday, said his 37-year-old marriage had been a blessing and lesson for others to learn.

He said this at a rotary club of Asokoro District 9125 meeting held at Chelsea Hotel, Wuse 2, Abuja, presided over by its President, Rotarian Ogechukwu Ochuba.

Oputa said he had been married for 37 years and still enjoying it.

He added that it was difficult to find a perfect partner for marriage, “but it is always better to tolerate and endure as nobody is perfect.

“I have been married for 37 years and I must say that, though it is not easy, I am still enjoying it.

“Marriage management requires tolerance, patience and endurance because it is very difficult to find a perfect partner for marriage.

“When a married partner sees the other as a subject or subordinate, then there is bound to be misunderstanding.’’

Charly boy said longevity runs in his family as his grandfather lived up to 120 years, his father died at the age of 97 and that his mother is 94 years old and still alive.

He said he had quit alcohol, smoking and do not do drugs or abuse his body anymore, contrary to the perception of many persons in the society.

“I come from a family with history of long life.

“I don’t abuse my body anymore; I don’t do casual sex, I have quit smoking, alcohol but I do a lot of exercise.

“I am 63 years old and have nine children and 14 grandchildren,” he stressed.

He further stated that “Charlie Boy is different from Charles Oputa and his practice of Buddhism has helped him have peace of mind and containment in life.

“I am a spiritual person and that is what made me stay grounded as a father and a husband. Through Buddhism, I have learnt to be contented.

“Charly Boy does not come to my house, he doesn’t live with me. It is just a character.’’

He also revealed that though he and his late father never got along, he believed in freedom.

Oputa said God had blessed everyone with a talent and therefore parents should not force their children to follow certain lines in life contrary to their belief.

“God has given everybody something; you have to look for it. I am an advocate of allowing children to grow the way they want but with guidance so they do not lose track of what they want to be.

“I always want to do what I think it’s right and also add value to my environment,” he added.

Earlier, Rotarian Ochuba had appreciated Charlie Boy’s presence and expressed the hope that members of the Rotary Club had benefited from the talk given by the 63-year-old grandfather.