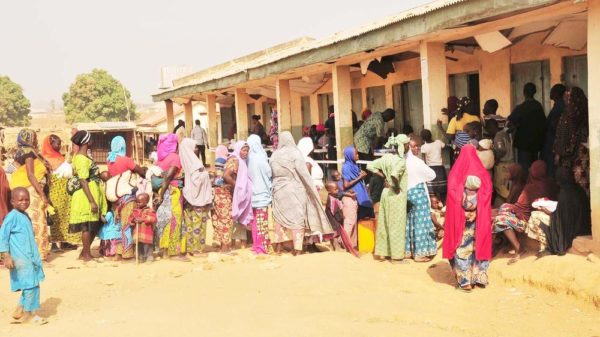 The National Emergency Management Agency (NEMA) says it has constituted a committee to investigate allegations of attempted rape and child trafficking in some Internally Displaced Persons (IDPs) camps in the North-East.

A statement signed by Sani Datti, NEMA’s Senior Information Officer, and made available to newsmen on Tuesday in Abuja, said that the move was in reaction to an online publication entitled Grim Tales of Rape, Child Trafficking in IDP camps.

According to the statement, the report was written by the International Centre for Investigative Reporting, and republished by Premium Times, also an online based news organisation.

It stated that Alhaji Muhammad Sani-Sidi, the NEMA Director-General, had met with stakeholders in Abuja on Monday during which the committee was set up.

According to the statement, the terms of reference of the panel which would take two weeks to conclude its investigations, include verification of the allegations by the centre.

It is also expected to interact with all stakeholders, hold town hall meetings in all the camps mentioned in the report, interacting with the University of Maiduguri Teaching Hospital, NEMA North-East Zonal office, the State Emergency Management Agency (SEMAs), State Security Services (SSS), Red Cross, the Police, among others.

Membership of the committee comprises representatives of the State Security Service, the Nigerian Police, Nigerian Red Cross Society and Office of the National Security Adviser.

Other members are from the National Human Rights Commission, National Agency for the Prohibition of Traffic in Persons, Journalists against Disaster, NEMA, SEMAs in Borno, Adamawa, and Gombe, Civil Defense Corps and the International Organisation for Migration (IOM).

According to the statement, the NEMA director-general urged the committee headed by Hajiya Bilkisu Abdullah, a Deputy Director with SSS, to work with utmost transparency and honesty.

Ambode says “Wherever Fashola stops, I am going to continue with it”