Postponement of Elections Will Have Dire Consequences for Nigeria - Gov. Fashola 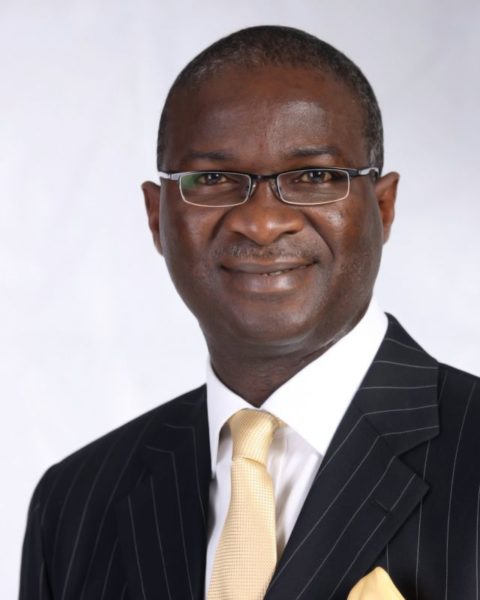 Gov. Babatunde Fashola of Lagos State on Sunday, expressed disappointment at the rescheduling of the general elections from Feb. 14 to March 28 and April 11, 2015 by the Independent National Electoral Commission (INEC).

He told journalists after collecting his Permanent Voter Card (PVC) at his ward in Surulere Local Government Area, that the change in date for the elections lacked merit.

Fashola said the claim by the security agencies that they could not guarantee security for the elections as initially scheduled, illustrated the lack of preparedness for the polls on the part of the election management body.

While describing the rescheduling as “a low point in governance,” the governor said the shift was capable of undermining the nation’s democracy and investment.

“I think Nigerians must be disappointed by the postponement of the polls from February to March because it seems as if INEC was ambushed to take that decision.

The shift will have consequences for us as a nation; the credibility of our governance is regrettably diminished. I do not know of any serious democracy that has set election dates then change them.

I think when a country sets a process in motion like this,it ought to know that there would be political and economic consequences.

Investors watch what is going on. It is really disappointing and when you hear the Federal Government saying they cannot guarantee security, it is more disappointing.

Security is the primary responsibility of the government and whether the nation holds election or not it is the duty of government to provide security.

If countries like Afghanistan and Syria where there is war and internal conflicts still had elections, I do not see why we can’t.

Again, we had elections in 2011 and some of these terror acts had started in 2010.So where was the ability to guarantee security then ? ” he said.

Fashola, however, appealed to Nigerians to remain calm over the development, stressing the need for them to shun anything that could breach the peace.

He noted that the postponement of the polls from Febuary to March is only a matter of time, saying that eligible voters will eventually exercise their franchise.

The governor however said that he was glad to collect his PVC at last and enjoined residents who had not collected theirs to do so.

He appealed to INEC to extend the PVC collection deadline to enable more Nigerians pick up their voter cards.

The News Agency of Nigeria (NAN) reports that the governor had earlier addressed a crowd of Arewa APC supporters at the Tafawa Balewa Square,where he urged them to eschew violence.

He said no matter how much they were provoked by supporters of the other political parties, they should stay out of trouble.

Fashola urged members to step up campaigns to ensure victory for the party.

NAN reports that the state’s APC governorship aspirant, Akinwunmi Ambode, and the Iyaloja General of Nigeria, Shade Tinubu-Ojo were among the dignitaries that attended the rally.