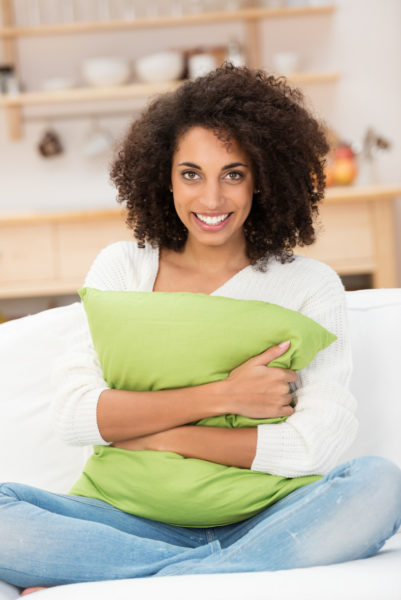 I hated the sound of my neighbour’s generator – with a passion. Maybe they never serviced it, maybe the exhaust pipe was just too close to my window… but there was something about the non-harmonious blaring sound of that thing that always made me want to douse my oesophagus with copious quantities of Benylin syrup.

I would lie on my bed, wondering what gods I had to appeal to… just to ease the suffering. Was it too much to ask for a good night’s sleep? Whilst praying for the return of NEPA, I would hear the offensive machine power down. Splutter, splatter, silence. The sigh of relief would not have finished escaping my lips when the Mosquito Orchestra would start their non rhythmic sounds. My skin, clammy from the heat, would then become the landing pad for an army of mosquitoes, who streamed in because I left the windows to allow for fresh air. At least the neighbour’s generator was a distraction from the onslaught of mosquitoes.

I cannot bear the thought of mosquitoes. Those things, are ferocious, evil and deadly! (No, I’m not exaggerating. Malaria KILLS) Mosquitoes are the reason why I could never go and read at Education Auditorium when I was in my first year at UniLag. I just could not do the routine of taking fabric to class to cover my legs, swatting away at mosquitoes the entire time – when I could be doing something more productive… like sleeping in my narrow metal bed in Newest Hall II.

Back then, going to ‘read in class’ was the hallmark of a good student. It was also a good place to initiate amorous relationships (but we’ll talk about that some other time). For me, anything that required special ‘stress’, like going to submit myself on the altar of suffering, was not worth it. I have never subscribed to the belief that something that is more difficult is better – or guarantees a better result.

When I was younger, my brothers and cousins always told me that making Indomie noodles for a guy was out of the question. According to them, if I wanted a man to take me seriously, I had to make the effort – ‘Cook something that shows you sweated at least’. I asked why: “Won’t the guy be full if I cook noodles?” They said it wasn’t that he wouldn’t be full, it’s just that he would know that you didn’t ‘stress’. I asked if the tastiness of the noodles would make any difference. After all food is food.
“It’s like comparing the sweetness of Pounded yam to that of Eba.”

“Are they not the same thing? Isn’t the accompanying soup the determining factor?”

You see, I had learned to enjoy Eba with the same fervour as I would have Pounded Yam. Pounded Yam was a Sunday staple in our house. So after a long day in Church, we would file into the kitchen – cut yam, boil yam, bring out Egusi, cut the spinach, clean the dry fish (and other appurtenances to go in the soup). By the time the Egusi is cooking, it’s time to pound. Wash the mortar and pestle, cut the transparent plastic bag that will house the finished product, pound. 20 minutes later, after heaving and hawing, ensuring that the pounded yam is smooth, and soft, ready to be served and eaten…then you’d start hearing sounds – visitors arriving. Unbudgeted visitors! The arrival of visitors meant one thing – all the hard work you put towards that Pounded yam – after long hours of sitting through the church sermon (with no breakfast – remember we had to rush to catch Sunday School) – GONE! My mother would turn around, without batting an eyelid “E lo g’bomi Eba ka’na” (Go and boil water for Eba)

Just like that, I learned to enjoy the taste of Eba and dissociate my senses from believing that Pounded Yam was the Holy Grail of food. In fact, the lesser the stress, the more enjoyable the food became.

It can be argued though, that the more effort you put into something, the more love, and value you have for it. Proponents of this would say that, if you go the distance to ensure that your partner’s clothes are hand washed, and personally ironed, it is indicative of a personal touch – which means love (Or maybe you’re just snooping around for strange lipstick stains). If you’re willing to walk a mile and half from your bed, to go to the mosquito infested Arts Block to read, it’s a sign of a sacrifice you’re willing to make towards the achievement of your goals.

I’ve learned, over the years, that working hard doesn’t necessarily achieve the desired results. Working smart, on the other hand is a more effective tool – for me. When my Grandmother died in the 90s, one of my funky Aunties came to Ogbomosho with an army of caterers and servers for the burial. Family members sniggered behind her back, calling her “Olowo ike” (Plastic hands – a euphemism for ‘Lazy person’). She did not subscribe to the whole idea of sleepless nights washing tomatoes and boiling pepper, and as such was tagged lazy… just because she chose to contract the service out. Her canopy was the most organised, and the one with no issues of food scarcity. That Aunty taught me a valuable lesson in effective use of time resource.

Weighing the value of the desired result, vis a vis the effort put into it should always be paramount. If I can study effectively for 4 hours in the reading room in Moremi Hall – with air-conditioning blowing into my face, please believe I will not be strolling to class at 11pm to go and play Dodge This Part of My Skin with a mosquito.

At the end of it all, it boils down to the satisfaction derived from the energy utilised!

Have a good week ahead. Heaven knows we need all the optimism we need this week as our country slowly crumbles to a halt in the wake of the fuel crisis. If it’s not ABSOLUTELY important, please just conserve your energy and sit at home. Work smart!

Ogechi: 4 Steps to Take In Order to Protect Your Business Name