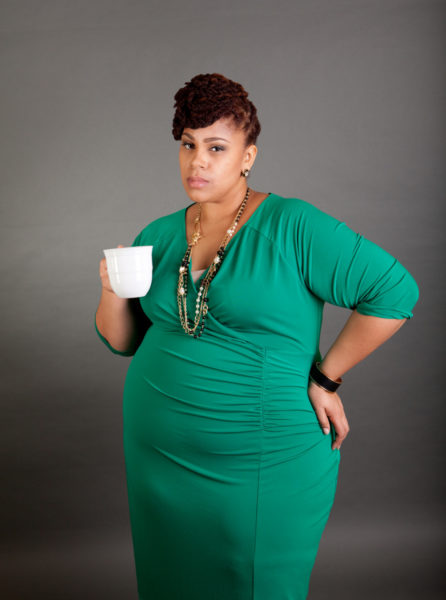 In a bid to lose the weight from her last pregnancy, my best friend started a very popular diet program, along with a number of her colleagues. She fell pregnant with her 2nd child just a few months into this program. Not only did she fall pregnant, so also did 2 of her colleagues on the same diet. If you ask her, she wholeheartedly credits all 3 pregnancies to the weight loss from this program. She has since gone on to recommend this diet program to a few of our friends trying to conceive.

When she came up with this theory, it brought to the fore something I had been thinking about for a long time. No, I am not an advocate of that particular diet program (it’s a bit too hard core for me), but for as long as I can remember, I knew there was some sort of correlation between weight and fertility, but it was mainly with respect to those on the other end of the spectrum, i.e. the underweight. I read many articles about some anorexic woman or the other, all of whom had lost so much weight that their periods had stopped and their fertile systems had pretty much shut down. In my early 20s when I was borderline underweight myself, this was always a concern for me, and was one of the main reasons I made sure I maintained a healthy weight. Fast forward a few years later, and the weight became a little too…ahem…healthy! By the time I was a few months into my marriage, I was a good 10kg heavier than I should have been. Ironic much! As the weight was piling on, I knew it was less to do with food and more to do with my hormones going crazy. And when I found it hard to conceive, I attributed it to the hormonal issues, which I later deduced to be PCOS. And I was kind of right. The PCOS was behind my infertility and weight gain, but you could also say that the weight gain was itself contributing to the PCOS…and the infertility. It was an unfortunate circular reference, and I will shed more light on this later.

As I got to know more about this thing called fertility, I realized how crucial weight management was to it. I realized how much of a difference a few kilos could make. I learnt how important that thing called BMI (Body Mass Index) is. The normal BMI range is between 18.5 and 25. Anything over 25 is considered overweight, and a BMI over 30 is considered obese. One of the studies I came across found that for women with a BMI over 29, the chance of pregnancy is reduced by 4%, and for women with BMI’s between 35 and 40, they have a 23% to 43% less chance of achieving pregnancy compared to the below 29 BMI women. This was enough to catch my attention! Especially as this study had been carried out with women with no established fertility issues, meaning they ordinarily ovulated on their own, had clean and clear tubes, and a spick and span uterus. So, in effect, the weight had converted prime fertility to sub-fertility!

And this is not limited to just women. Studies have shown that underweight and overweight men also suffer a higher incidence of infertility. Men who are overweight or obese have worse sperm quality than men of healthy weight. They are also prone to hormonal changes that impair fertility, make them lose interest in sex and less able to get, or sustain, an erection. Underweight men also face a high risk of poor sperm quality, and subsequently reduced fertility.
For women with PCOS, it is a slightly different story. There is a strong correlation between PCOS and weight gain. So, the same thing behind one’s fertility problems may be the same reason one has trouble losing weight and maintaining a healthy BMI. Like I said, it is an unfortunate circular reference. In this instance, it is important to actually treat the PCOS itself. With the right medication and lifestyle changes (diet, exercise, etc.), one of the first noticeable results is significant weight loss. In about 70% of these cases, ovulation resumes to its normal function, and a good number are able to conceive fairly quickly afterwards.

For women undergoing IVF, a healthy BMI is also important. At the instance of egg retrieval, the extra pelvic fatty tissue pushes the ovaries of an overweight woman farther from the top of the vagina, making it more difficult to visualize, and access, these ovaries and follicles. Apart from that, administering the daily shots might be trickier with more folds of fat to work through, and routine monitoring scans might become even more difficult to navigate, making an already stressful process even more so.

And this is not just theory, but an established fact. Apart from my best friend (and her colleagues), a lot of women I have met in this fertility journey have been able to conceive after losing significant weight. One of these ladies was someone I had already started prepping for IVF. Eating healthy and exercise are some of the things I recommend prior to commencing a cycle, so this lady (who weighed just over 100kg) jumped on both of them with gusto. She anticipated it would take her and her husband about five months to save for IVF, so as they were saving, she was getting herself in shape. By the time of their first IVF consultation, she was down to about 75kg. She and her husband were advised to return when she started her next period. It never came. She was already pregnant with her daughter, and her son followed shortly after, both of them conceived naturally.

The bottom line is that it is important to stay within an acceptable weight range. This is not to say that all overweight women will encounter fertility issues. Far from it. I know a lot of women in the overweight, or even obese, category, who have not had any problems getting pregnant. Likewise, there are a whole lot of women of textbook weight, who are unable to conceive. Whilst there is no hard or fast rule, it is helpful to play it safe and try to be at your healthiest best. If you are overweight and able to conceive, you might be at a greater risk of developing gestational diabetes, hypertension, pre-eclampsia, premature labour, etc.
So, grab an apple, get off your couch, and start moving. You might just be a few kilos away from your BFP!
Baby dust to all!