Chima Onyewuchi: What Is Your Type? 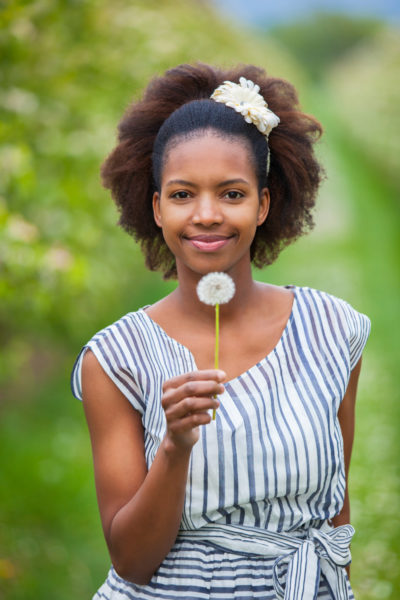 I think we can all agree that physical attraction is very important when it comes to choosing who you want to be in a relationship with. I think it is actually as important as the other factors such as spirituality, intelligence, sense of humour, etc. This is because it is almost impossible to be in a true/real relationship with someone you are not physically attracted to. So based on this physical attributes/characteristics, let’s look at this issue of ‘type’. Some of us are only physically attracted to people with certain physical attributes.

We hear this a lot “he is not my type/she is not my type”, quite a number of us both male and female claim to only be attracted to certain types of people – Short, tall, dark, fair, muscular, skinny, curvy, etc. For some it is not set in stone while for others it is. Meaning, they are not so rigid on the issue, they are still relatively flexible so will still be okay with however the person is.

I was having a conversation with a female friend recently and she said she preferred tall and dark guys while another said she prefers light-skinned guys. For the men, you would see that some like their women thick and the others, the exact opposite. I know a guy who only likes curvy women and another who likes light-skinned and short women. The list of people’s preferences is quite endless. While for some of us, we can’t actually put a finger on what our type is because we are attracted to different types. A friend asked what my type is and I told her that I honestly do not know. Why? Because I have dated tall, short, curvy, skinny and based on physical attributes, I did not prefer anyone to the other, I did not like one more than the other. I am sure there are other people who also fall in this category (I hope).
So for those who have a type, why does this happen? Do you just wake up one morning and decide that you only want to date people with certain physical attributes? Or have you always been that way since when you were old enough to like anyone? Personally, I do not think there is anything wrong with preferring a particular type but at the same time I do not think anyone should make it a do or die affair. I mean the other qualities should be able to make up for the fact that the person is not tall, short or curvy enough for you. I am sure there are a lot of people who are happily married to someone who they thought was not their type. I want to believe that no man or woman is unhappy because they are dating or married to someone who is not their type.

To end this, I’d like to ask a few questions – what is your type? And if you date or get married to someone who isn’t your type, does it mean that you are settling? If your partner is not exactly your type, would you let him or her know that you actually have a type or keep it ‘lowkey’ so you don’t make him or her insecure?

Related Topics:Chima Onyewuchi
Up Next