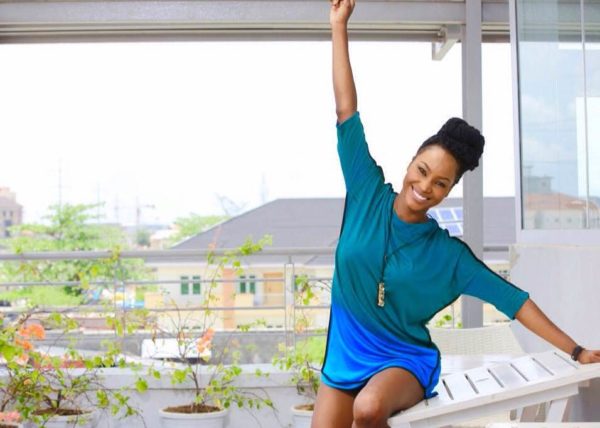 I noticed off the bat that something was wrong with Caroline when I met her at her house.

First of all, we were supposed to go out for lunch when she called me that morning to cancel unexpectedly. She wasn’t up to leaving the house- and asked if I could come over instead? I had no problems with that. I brought the ingredients to cook jollof rice and beamed my “hellooooo” when she opened the door.

Almost immediately, I noticed something was different with her. She was… walking funny, and when she tried to sit down, she angled her hips so that she landed on the chair with the side of her bum.

“Caroline, what’s wrong? Are you alright?” I asked her.

She winced as she got up. She couldn’t even walk straight to and from the kitchen.

“Why are you walking like that?” I questioned her, chuckling.

“Mehnnn, Isio, na wa o. If I tell you what happened to me eh, I don’t even know whether to laugh or cry. The whole thing just tayah me sef!”

And so she told me why she was walking like she had a mermaid-tail between her thighs; why she had had to cancel our going out that day… It was so alarming, and yet so funny that (it is with her permission) I share it with you now.

Apparently, she was sore. But why was she sore? A few days ago, she and her spouse had just completed a record-breaking marathon gbenshing session. And while Oga Spartacus was descending from the heavenly heights of a roaring orgasm, he decided to ask her the question,

“No” answered Caro, truthfully and bitterly. The whole thing was so marathonic, the fore-play non-existent. PLUS Oga Spartacus had taken so long to arrive that not only had her muscles gan-kpa, her legs were shaking so violently – it felt like as if their bones would dislocate from their joints any second.

I tried not to laugh. Caro winced as she shuffled in her seat as she continued. As it turned out, telling Oga Spartacus that she didn’t arrive that day was a bad idea. He became moody, which was stressful and upsetting for both of them.

Then one night he came home from an outing with the boys, and even though she already lay in bed asleep, he whispered to her about all the marvellous things he would do to her to ensure that would arrive this time. Na im bros start. He chook his whole head “there” and started revving up her engine. So determined was he to send her to heaven, he took it up a notch by jacking her (cough-cough) little lily with his teeth! He chopped the lily so teyyyyyyyy, it turned into a stone. No joke.

Just when Caro thought her life was over, Oga Spartacus lifted up the pillow she had used to cover her face to whisper, “That was just an appetizer, bay-beeeeeeee…”

He switched lanes and went to town with the finger moves like an Energizer bunny. At this point, already-sore Caro knew she had only two choices. She could either start wailing out in pain, or fake her “arrival”.

She chose to fake it.

And they lived happily ever after.

But this is not the end of this story. Well, it just happened that a few weeks later, five of us (Caro, Oga Spartacus and myself included) were chilling together when the two guys amongst us swore that no woman they had been with had ever faked it with them. We (the ladies) laughed and said they shouldn’t go there as they would never know if a woman was faking it. The men said lai-lai o, they would know. The idea that a woman, any woman had ever faked it with them was met with fierce rejection.

“Maybe it’s those other guys…”

“Do I look like I don’t know how to please a woman, listen I know what a woman likes!”

“When I do-this and do-that, confirmed, she will ARRIVE sharply!”

The debate got very heated. Caro and I just looked at each other and sipped our teas jejely.

TRUTH – Bros, you kennat know. Don’t let anybody deceive you. Everything about a woman’s orgasm is fake-able. And most women (at one point or the other) have faked it, yet most men swear that they’ve ever been faked-on.

Don’t believe me? Okay, consider this question from a concerned boyfriend and the answer given, presumably from an “expert”…

Q: I’m worried that my girlfriend is faking her orgasms. How can I tell?

A: There are some sure-fire signs she’s actually coming…

– Her face and chest will be flush…

(Fake-able… but then we (Nigerians) are black, good luck trying to find that “flush”…)

(Fake-able… Any woman who can do Kegel exercises can fake “that” And every woman – half alive and half-dead- can do Kegels).

– Her eyes will close…

– And then she’ll release and relax.

(Release what? A scream? I laugh in Tanzanian Pidgin.Very easily fake-able).

But as most men don’t know when/if a woman is faking, perhaps it will be helpful to help them understand why. If someone does not know that something is wrong, how can you expect them to act differently? Abi na?

Okay, listed below (but not limited to) are common reasons why women fake it.

At the end of the day, dearest male-folk, the only person who can tell you if she is “faking-it” is the person you suspect of faking it. So, ask – if you care. Communication is key, and ladies, faking is lying. No one likes being lied to.

So what do you guys think? As a guy, have you known/suspected a girl of faking it? As a girl, have you ever faked it and why? No judgement biko. It is for all of us to learn. Hehehheheeeee.