Newly appointed governor of Lagos State, Akinwunmi Ambode on Tuesday visited the scene of the ghastly accident involving a fuel tanker that was involved in an accident in burst into flames, leading to the damage of property and vehicles worth millions. 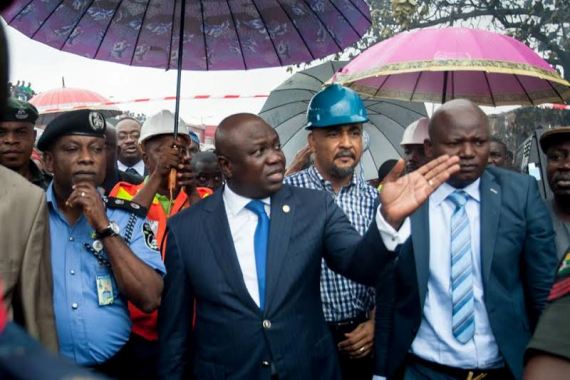 While at the scene, Ambode said:

“Around 1 a.m, a tanker loaded with 33,000 litres of petrol fell from the Ipaja bridge and spilled all its contents covering almost five streets here.

In the last four hours, all our emergency agencies have been effectively on the ground and we have been able to manage and control consequences of what 33,000 litres of petrol would have done to this neighbourhood.

Thank God, there has not been any loss of lives, but again, there are victims whose shops were destroyed.

As of the last count, the agencies have been able to report that everything has been put under control. We’ve also recorded two other incidences, just like this one in other parts of Lagos overnight; one in Badagry and the other one in the Ojo area.

Gemology – Paris: Become a Partner in Nigeria! Are you a Spa Owner or Retailer of Beauty Products? Find out how to join Product Trials & Access Training