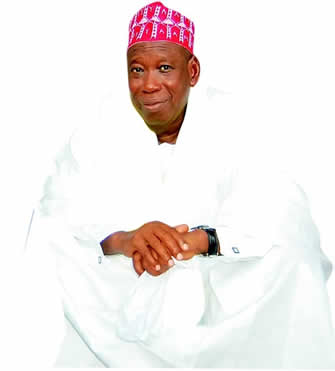 Kano State governor, Abdullahi Ganduje has reduced the salaries and benefits of state policy makers by half as a result of the economic hardships the state is currently facing.

According to Sahara Reporters, Kano State Deputy Governor, Hafiz Abubakar, all 13 Commissioners, Special Advisers and others will be experiencing these salary and benefit cuts.

Kano was not the first state to take such measures, Kaduna also reduced the salaries of public officials according to reports. The Governor of Kaduna, Nasir El-Rufai, also reduced the number of ministries in the State from 19 to 13.

Recently, Governor El-Rufai announced that the government will no longer provide free food and drinks during Ramadan as one cost-saving measure according to the Premium Times.

While inaugurating the new State commissioners, Ganduje complained that the State and the country are facing budgetary issues and that sacrifices need to be made especially as the price of oil continues to fall, greatly affecting revenue for the Federal Government.

The Governor also assured the public and media that when the fiscal health of the State improves, government officials will be rewarded for their sacrifices.