Ngozi Ukweni graduated with a first class degree in Accounting from Babcock University. She also won the award of most influential female, and the Babcock Alumni Award of Excellence. But here’s something about Ngozi that makes her worthy of being celebrated on BellaNaija: she’s already attained four additional professional certifications, Graduate Member Nigeria Institute of Management (GNIM), a Certified E-business Professional (CEP), Project Management Professional (PMP) certificate She also left a mark behind in her school, as her ‘team’ recently won second place in the Enactus Nigeria Sahara Energy Project.

Here’s how Ngozi describes her side quests: “My fifth year was professional year to write the final stage of my Institute of Chartered Accountant Nigeria Examination (ICAN). It became the last most important 8 months left on campus. I emerged Vice President of the Babcock University Eagle Graduating Class of 2015, which came with higher responsibilities during this time. Excellence, for me, is a way of life. It’s letting the world see your new baby and bottling the pain of child birth inside.” 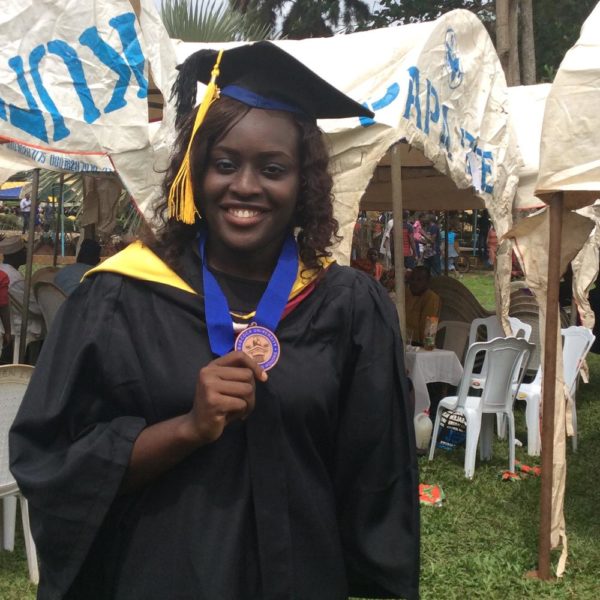 Fear. Unease. Discrimination
I remember that August 16, 2010 when I realized that I had gained admission to a distant school in Ogun state from Abia state where I had lived the most of my life. I knew nothing of this new environment, and it took my parents more than courage to let me go that far as such teenage age. Though, I knew not why but some bliss filled my heart knowing it was Babcock University and not somewhere else.

Sunday, August 22, 2010 was memorable as a freshman. I felt both religious and tribal discriminating glances on most of the faces that I cast my eyes upon. My first Principle Accounting class was a disaster. Although, I chose Accounting as my Field of Study, I knew nothing of it since I didn’t study it in secondary school. I felt really out of place as everyone in class new the basics of debit and credit; and so I wallowed in tears regardless of the crowd around me – something I did most of my first few weeks as a fresh man.

The sting of fear consumed me as family was far and friends were new. At this point, I wanted to just quit Accounting and study Mathematics which was the one skill I knew I had. It took more than a few words of encouragement from my senior colleague (Tutu) to get me rolling. She said, ‘NG, you can create the future that you desire. Make the best of this opportunity.” 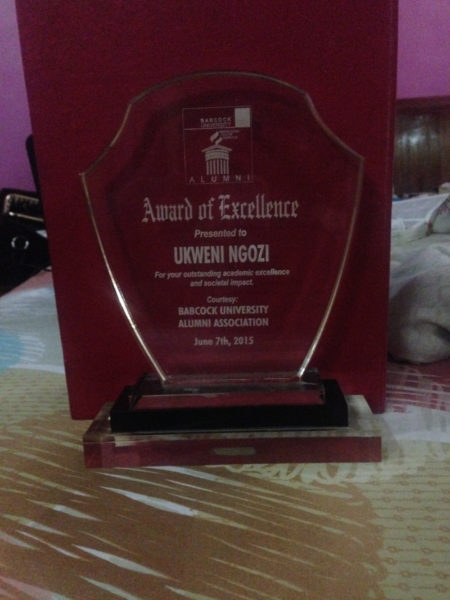 Lofty Goals. Achievable Goals
After my first semester, I made a 4.86. I initially did not believe that I was that good; and, by my first semester second year, I made a 5.0. I just really wanted to make my parents proud. It was a challenge for me to stay at the top as I had to make a choice to succeed in this seemingly new area. Initially, the plan was to be the best graduating student by C.G.P.A.

Extra-Curricular Activities
Extra-curricular activities were a part of my university life. A lot came to me as responsibilities. I had become Chief Accountant of my Department, Treasurer of my Chapel, Secretary of the Babcock University Student Electoral Committee and, most memorably, Team leader of Students In free Enterprise (SIFE, now ENACTUS) Babcock University Chapter. My first innovative idea was the conversion of sugarcane to brown edible sugar that I presented at the Babcock University GTBank You Win competition, where I made it to the top Five Finalists. The success stirred up my creative juice as I began several other community projects that recorded successes over time, including the premier edition of the Campus Den Entrepreneurial Competition that made profit for a list of 45 students. Extra-curricular activities were the accelerators that helped me achieve academic excellence because it made me see the need to study more and more, to gain wisdom and not just academic grades in Accounting. 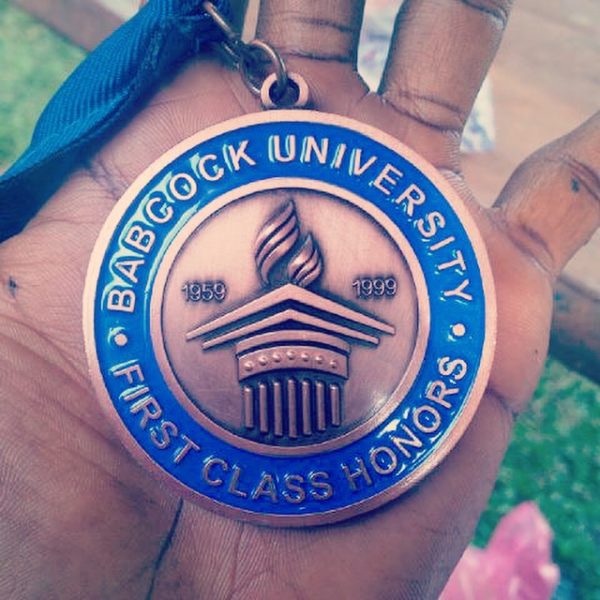 Balancing Academics
I feared that I won’t be able to keep up with the academic success as well as my growing passion for impacting people and my school. The evidences were glaring as I struggled to find my balance, often I had to do late night readings and miss a few classes. My fear came eye contact with me when my C.G.P.A dropped and it felt like I had bitten more than I could chew; but with resilience and determination, I held on.
The ENACTUS Team Leader before me had so much going for her. I doubted that I would be a good leader like her or her predecessor, but when I accomplished moving a team of 10 active members to a sustainable generation of over 60 active members dedicated to being the change that they want to see around them; then I knew that God had a perfect plan for me. Doubt and fear were twins I had chosen to abort as I journeyed through.

The Middle Ground Advantage
My team and I had to work on entrepreneurial community development projects in host communities despite the demanding tight school time tables and deadlines. From project meetings, to meetings with university authorities, to class, to the library, to rural communities, to mentoring, to hanging out with friends, to reading, the web continued. I had learnt scheduling, time management, multi tasking, use of initiative and a lot more. Most importantly, I was growing more than just my academic life. For me, success was more than the academic aspect – I wanted to be an all-round successful personality. This epitome of success I had become through the thickness of self discipline and value. Spiritually, I premiered the Women Fellowship of the Light House Chapel and we had an exciting divine experience. I represented my school at the 19th Nigeria Economic Summit in Abuja: Sustaining Agricultural Business. I made the top 10 Most Influential Women in Babcock University (GistMe Magazine). By November, I led the team that claimed second place at the National University Commission(NUC) Annual Entrepreneurship Week In Abuja where we presented a project on “Combating Youthful Unrest in Nigeria: A Bottom to Top Approach”. 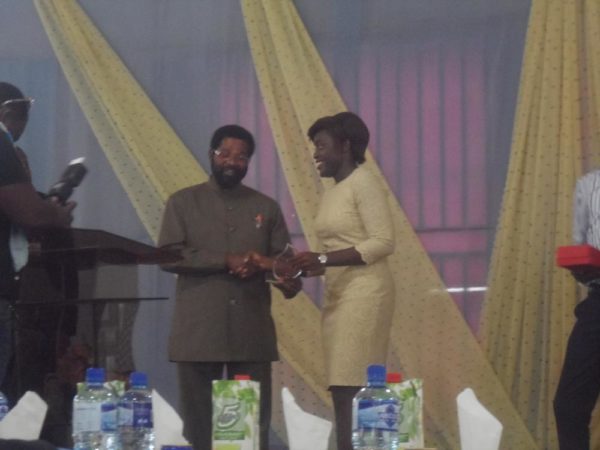 Positive Words
John Rockefeller’s words are essential: “I believe in the dignity of labor, whether with head or hand; that the world owes no man a living but that it owes every man an opportunity to make a living”. Opportunities abound. Do not limit yourself! Work hard at whatever your hands finds to do because there will be no action, no thoughts, no knowledge, no wisdom in the world after here (Ecclesiastes 9:10).
If your dream is not big enough to feel your thoughts each morning, then it’s mediocre. If at all you have to sleep with your dream; it is not enough to sleep and dream big, wake up and chase after your dream. Quit the stereotypes. Don’t wait for the change, be the change that you want to see and be value-oriented. Read and put into practice the ‘Seven Habits of Highly Effective People’. You are never too small or too big to do something great! Excellence is my way of life. What is yours?

10 #FactFabulous treats to Explore in Dubai | Make your Choice & #GoAwoof!

Susan J-Enyenihi: Love Your Life And Not Someone Else’s