Susan J-Enyenihi: Love Your Life And Not Someone Else’s 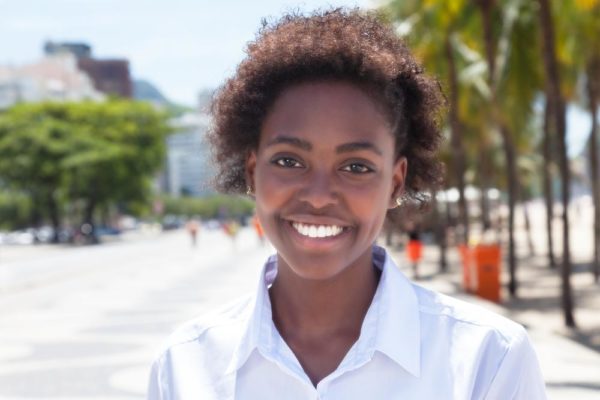 During one of my visits to the mall, something interesting happened. While waiting on the queue to pay for items I had bought, I watched as two young women, likely to be in their late twenties talked about an acquaintance. Actually, I eavesdropped. Okay, it’s not what you think, they spoke loudly and I could not help but listen to their conversation. I reasoned that the envy which laced their words was a human character in its own right and the gist was worth listening to. As a ‘seasoned listener’, I endeavoured not to turn around and look at them. It would have been a foolish move because my ‘na wa for una’ look would have stopped them from speaking any further. So like a spy, my back faced them but my ears listened attentively.

They chatted with reckless abandon, that if everyone in the store had been quiet for a second, their conversation would have been clearly heard above the music which played softly in the background. As I listened to their conversation, I thought for a second that I might know the lady they were talking about. They described her as one who always had her act together and was always on fleek. According to them, the said lady had appeared on the social scene with much gusto and in possession of a ‘tear rubber’ car. My ears and not my mouth said ‘eh eh’!

The two ladies who participated in the discussion acknowledged that they envied their acquaintance and her sense of style. They imagined how interesting her life must be. Now this made me smile, and like déjà vu, it felt the lady was yours truly.

To cut a long story short, fast forward to one particular week where the effects of sleeping in hospitals and running errands were taking its toll on me, I decided to treat myself to something special. What other than a good night rest! Oh yes!
Thursday night came and I resolved to forget every trouble and the looming challenges ahead and just SLEEP. A family member agreed that I needed it and for that day, she decided to hold fort.

Friday morning arrived and boy, was I energised to dress up and resume running errands. Life had given me the unexpected and I was ready to handle the trauma of hospital runs and caring for a loved one. I felt alive, sleep is indeed GOOD o. I carefully picked my outfit for the day and of course glam shoes. It was the first time in a very very long time that I actually got the chance to choose my clothes, myself. The months before, I only wore what was brought to the hospital by anyone whose turn it was to bring me something from home. By the time, I was done dressing up, I knew I looked amazing.

With Jesus’ grace, I catwalked into the banking hall that fateful day to carry out some transactions. Unfortunately, I had some issues with my transactions and had to reach out to the customer care officer who greeted me with a contemptuous smile. I assumed that everybody had their bad days so I let it go. Life was hard already. As I waited to get the issue resolved, I overhead the same customer officer tell her colleague in a local language she felt I did not understand to help that ‘one that is always forming rich woman’.

Her comments did not hurt me. In fact it taught me a lesson. I imagined that the customer service officer assumed that I had a glamorous life at that time. If only she knew.

I wondered what the lady, who was the center of discussion, here in the mall, was going through but yet she was envied by some of her peers. What if she relocated to town to start a new life, away from a troubled past? What if she has had her own fair share of life troubles? What did she do for a living to allow her afford the luxuries of life?

Some people are known to handle their problems very well and privately too. While others in a bid to show that they have ‘arrived’, live a life that is not worthy of reference.

I reasoned that If only these two young ladies were grateful for and content with what they have, they will enjoy life more.

Finally, it was my turn to pay for my items at the cash till. I was itching to finally have a glimpse of both ladies and as I turned to leave the store, I gave them my ‘na wa 4 una’ look. They looked at me in shock, probably thinking that I knew the subject of their hot discussion.

Mission accomplished. I walked out of the store feeling grateful .This time, I was not paying hospital bills. I was doing what I enjoyed, buying shoes!

BN Features Presents: A Peek Into the Life Of… ‘Deyemi Okanlawon – Actor