Luke Ogar: What Are Your Parameters for Dating Someone? 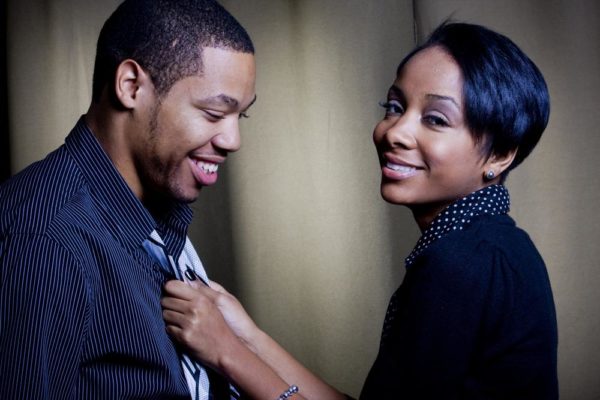 In the first place, let me assume that those who partake in dating and courtship are single, and have the hope, someday, that they would get married. If this is the general perception, then one can say that, eventually, dating would lead to courtship, and then to engagement, and finally marriage. However, many persons have expressed marriage as a far cry from the situation early on in the relationship. They say that marriage is hard work, and is like a purchase they didn’t quite bargain for.

If the expectations of many aren’t met in marriage, there probably lies a fault within the dating, courtship, and engagement levels. Indeed, we all have a mental picture of our ideal partners, which continues to form even during the period of dating and courtship. A closer look reveals that there are some erroneous perceptions which may affect our judgement in choosing the right partner.

The Partner Who Is Both Good and Bad
It is usual, especially for men, to think of one’s married partner as very responsible and prayerful. In fact, they should be so good enough to teach the children to pray and lead a good life. Yet, the irony of the story is that it is not “romantic” to talk about prayer, or anything like that, while dating. We would prefer that sexy and hot partner, beautiful lady, handsome guy, with a robust and elegant figure; and also, someone who is very trendy and loves to party, etc — somehow, we believe that they would still be the “prayer warriors” in the end.

How Formal Can You Get?
It is good for dating couples to be gentlemanly and ladyish, but it becomes a mere show when they overdo these things. There are too many niceties of formality about dating! It is as though we are stuck in a 19th century English movie, where the chivalrous gentleman is dressed in black coat, apparel, and bowler hat; and the courtesan lady is wearing a corset and an overflowing gown. Please, wake up; it’s two centuries past!

What is most laughable is the aspect of language. Perhaps, there are many intertribal relationships, but I do not understand how a couple would attempt to communicate only in Queens English, when they are full-blooded Nigerians — it’s unnatural. A healthy relationship would make use of extra colloquial expressions, and even pidgin. Perhaps, the movies and novels are doing us a disservice.

You Look Beautiful!
One’s clothing style is affected by many things: fashion taste, body size, environment, occasion, etc. The average expectation of dating youths would be to dress up in semi-casual form, jeans, sneakers, A-line or V-line skirts, Polo shirts, suede shoes and body-fitting tops. These affect how we see the other person, and who we term as beautiful or handsome, or attractive, or hot. Marriage changes a lot of dress sense, not only because of the “elevated” status, but also because of the increased body sizes.

A lot of men say that they wouldn’t like their wives wearing wrappers and looking too motherly. Then again, have you wondered why our mothers wear wrappers? Do you think they should be in the jeans genre? No, I don’t think so. They just wouldn’t “fit in”.

Similarly, the men aren’t left out! That Polo shirt would look awkward on that distended belly of yours. But they say they would keep fit, yet very few married men do aerobic exercises. Keeping fit is tough enough; keeping fit in marriage, with an ageing body, is tougher! Yes, we have to try to maintain a good stature, but I think we must consider its rigorous paths. To say that a woman shouldn’t add weight after marriage is almost impracticable — with childbearing et al. Then again, the slim few will find out that during menopause, they are faced with thinning fat tissues causing more prominent cheek bones, collar bones, ribs, etc. Is this what you would rather want?

Parenting 101
Without doubt, the lives of spouses will forever be changed as soon as they become parents. Pregnancy, alone, is a huge responsibility for both partners. Yet I hear some men say that they don’t like the cries of babies, the wiping of poo and dressing of infants, the “pain” of waking up at midnight, etc. Probably, they can “escape” this by the presence of the mother-in-law to help out. What do we say to such men? The cry of a baby: bad; the noise of a toddler: worse; the stubbornness of a school child: “evil”. There is no escaping this one!

Parenthood is indeed a great burden, but has its rewards. Dating couples can hardly fathom the details of what a parent goes through, not only because of the child, but also because of their partner. Simply put, the advent of a child brings more stress, lesser time to talk together, easily irritable moods, etc. Parents don’t just worry about their children; they have to pay attention to their own relationship which may be suffering. There has to be a double effort to keep the home and family running well.

Now, You Can Date!
When we think of all the metamorphoses that our future partners would undergo, it sometimes feels safe to overlook such thoughts, and try to live in the euphoria of a blessed couple: ever young, no palaver, and all-smiling. But it’s not just our partners who change: we also do, and must try to live with such a reality. The beauty and comeliness we see in each other’s eyes are a product of a sacrifice of love in the upbringing of such “evils” into persons whom we interact and fall in love with. If there is one human duty, it is to reciprocate love shown to us.

Love is in the air! Kris Jenner and Boyfriend Corey Gamble Share a Kiss at Haute Living Event