Meg Otanwa: The Choices of the African Girl Child 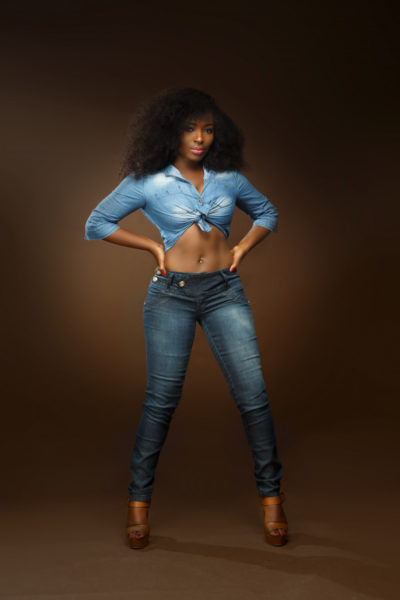 What exactly goes through your mind as you take a look at this picture? Do not try to control your thoughts. Just pause for a second, and keep looking at the picture. What comes to mind?

I know some of you are like “hian does she have to show her belly like this?” Some will say, “another wayward actress trying to sell her market.” Others will say, “nice picture” or “nice hair.” Someone else will probably say, “she is not even fine.”

As humans, our opinions and perceptions are based on a number of things like age, culture and religious beliefs. These largely and subconsciously affect our perception of things around us and life in general. We do not intend or plan to be this way, it just happens.

What I see in this picture is a woman who evolved from a strong African girl child, who against all odds is mending her broken wings one take at a time and won’t let anything or anyone come between her and her dreams. That is the spirit of the girl child who grows into the force known as the African woman.

Africa is one of the toughest places for the girl child to exist. Her actions and inactions are constantly under scrutiny by people who matter or/and don’t matter to her existence.

The place of the African woman in a modern traditional society is that which is as paradoxical as the word itself “modern-traditional”. What is expected of her culturally is the exact same as what hinders her in today’s society that keeps pushing boundaries and norms.

She grows up learning how to cook, clean, respect her elders and take care of everyone around her but herself. She is taught that as a woman she must not be “’too ambitious “else it will scare men away. She learns to stoop for the fear of dwarfing others, she is taught to often keep quiet when men are talking because she is a woman. (I can’t for the life of me figure out what that means)

This same girl child grows up respecting the ‘values’ she was taught; sometimes, she ends up falling short of her God given potentials. Yes, I say God given potential because the African woman is born a lioness, a warrior, a conqueror, a pillar of strength and an embodiment of power. Why is she reduced to running just her family when she can be out there running the world? Yet she sometimes get scorned for not soaring when her wings have been broken from childhood.

The fate/plight of the African girl child at the cusp of maturity and modernity is that which is surmounted only by the brave and courageous. Why can’t she be left alone to be her true self, to do that which is pleasing to her without fear of being judged or persecuted?

Can she object to the cultural and traditional expectations of School-marriage-wife-children-dedicated mother-? Can she choose to be single and adopt children or single with no child if it is indeed what she wants? These options are considered normal and not a taboo in the modern society.

Why are her choices in life dependent on what makes other people but her happy?
I hope for the day when the African woman is left to make her own choices without fear or limitations and to blossom in the very essence of womanhood because God has blessed her with immeasurable power and grace to create, nurture and transform.

Seun Tuyo: Are Our Cultural Traditions Not Just Holding Us Back?

Meg Otanwa is a multi-lingual Nigerian actress most famous for her role as Aisha in the ground breaking TV series BEFORE 30 . She schooled in Northern Nigeria and went on to further her education and worked in France and Tunisia before moving back home to join the movie industry. She is passionate about lending her voice to the helpless and philanthropic activities. Follow her on Instagram @megotanwa .