“Catch Me”! Listen to the Official Soundtrack of MTV Shuga 4 with Ice Prince, Patoranking & Reminisce 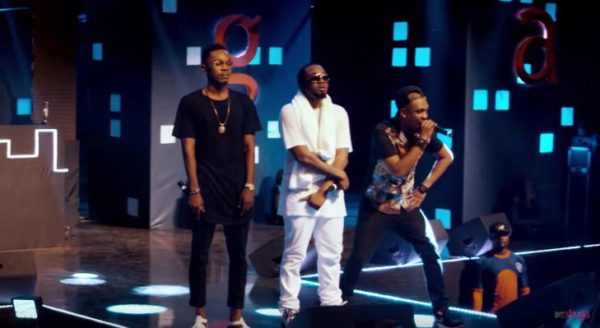 We already know that we love MTV Shuga, a TV series and multimedia campaign designed to promote messages about safe sex and tolerance to African youth with the aim of changing their attitudes to risky sexual behaviours.

The official soundtrack for Season 4 of the series titled ‘Catch Me‘ has been released and it’s got Nigerian music stars Ice Prince, Patoranking and Reminisce on it.

The video for the song was recorded live at UNILAG in Lagos. Check it out below.

If you missed the latest episode of MTV Shuga (Episode 2), don’t worry BN has got you covered and you can check it out here.

It’s a Bentley for Iyanya! Check Out his New Car