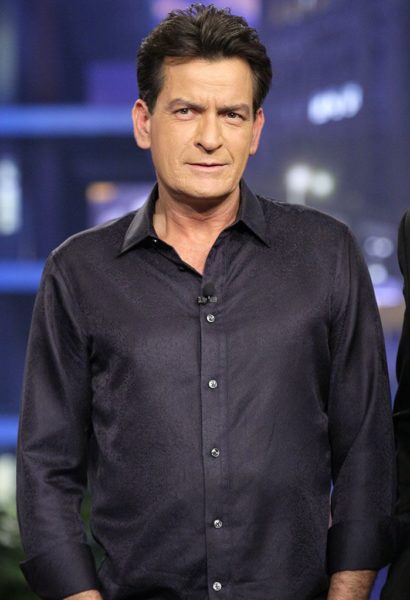 For weeks there had been rumours circulating about a Hollywood actor who was HIV positive and have possibly infected his numerous sexual partners or put them at risk by not informing them of his status.

Last night the name of the actor was leaked to be Charlie Sheen when he stated he’d be appearing on the ‘Today’ show to talk about personal things.

Since the news broke his exes like Denise Richards and Brooke Mueller have come out to say they are not HIV positive.

In his interview on the ‘Today’ show with Matt Lauer, he discusses how he’d known about his diagnosis for about four years after suffering headaches and sweating.

He started off saying “I am here to admit that I am in fact HIV positive. I have to put a stop to this barrage of attacks and sub-truths and very harmful and mercurial stories that are about me that threaten the health of so many others. [It] couldn’t be farther from the truth. I have a responsibility now to better myself and to help a lot of other people, and hopefully with what we’re doing today, others may come forward sand say, ‘Thanks, Charlie. Thanks for kicking the door open.”

How He Found Out

He added “[I was diagnosed] based on this series of cluster headaches and insane migraines and sweating the bed, completely drenched two, three nights in a row, that I was emergency hospitalized. I thought I had a brain tumor. I thought it was over. After a battery of tests and spinal taps, all that crap, they walked in the room and said, ‘Boom. Here’s what’s going on.’ It’s a hard three letters to absorb. It’s a turning point in one’s life.”

During the interview he also admits paying people millions to keep his secret quiet. According to him, he is at a stage where it is impossible to transmit the disease to anyone.

Charlie stated that when he revealed his HIV status to friends “the truth became treason”, leading to “blackmail and extortion and a circle of deceit”.

He admitted that he has had unprotected sex while HIV+, however, the 2 people were aware and under the care of his doctor. He says that his viral load is too low for HIV to be transmitted from him. He has mentioned that all his sexual partners since his diagnosis have been informed about his status.

Charlie revealed that after his diagnosis, he descended into an “abyss” of drugs and other dangerous activities.

It is great that Charlie has revealed his status. Based on the interview, efforts to keep his HIV status a secret have obviously caused him a lot of distress and money. While everyone has a right to keep their HIV status private, it is important that being HIV positive should not carry a stigma. We hope that more people will get tested and find out their status.

“If I also die for the sake of Biafra, I will be fulfilled” MASSOB Leader Ralph Uwazuruike