TIME has released the Nominees for the “Person of the Year” Award – Find out Who They Are!

The magazine has released a couple of names up for nomination and some of the people on the list have caused quite a reaction on Twitter.

When TIME tweeted this: 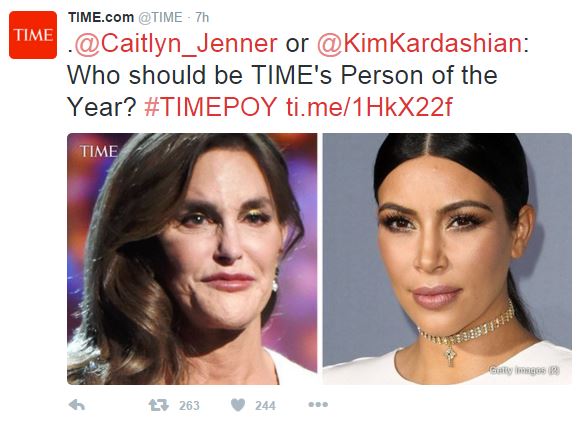 … a lot of people could not believe they were being asked to choose between Caitlyn Jenner and Kim Kardashian for the “POTY”.

TIME however later tweeted this: 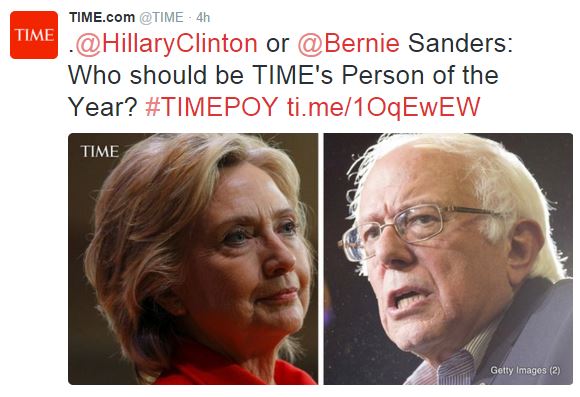 …and also shared a link revealing the other nominees.

TIME’s editors will choose the Person of the Year, but that doesn’t mean readers shouldn’t have their say. Cast your vote for the person you think most influenced the news this year for better or worse. You can also vote in our yes/no poll. Read more about the voting methodology here.