#BN2015Epilogues: Grace Went Through A Lot of Ups & Downs But 2015 Surpassed Her Expectations 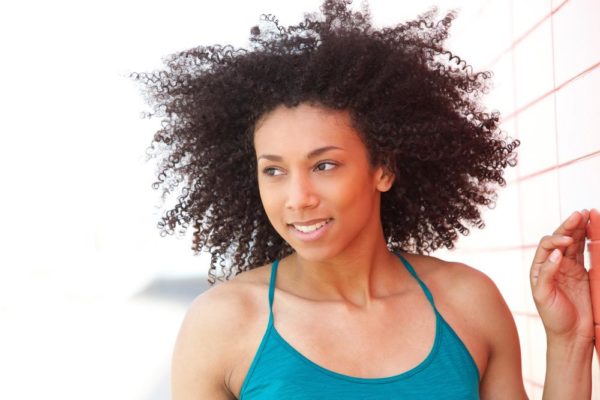 We have had an overwhelming response to the call for Epilogues and we’re grateful to everyone who has sent in an entry. We will do our best to share every story we received before the deadline (even if it runs into the new year. Because BellaNaijarians are so awesome!) For Grace, 2015 surpassed everything she had hoped and dreamed. It wasn’t without its challenges but she weathered the storm and came out stronger.

2015, I would say Is a good one for me. It’s the best year of my life so far. Many great things happened to me this year despite the fact that it didn’t start smoothly.

The first few days in January were pleasant because I spent my new year in Benin City with my close friend and her new family (I had to runaway from my villa because of extended family members. Since I schooled in my state of origin, my parents insist I return to the villa for Christmas instead of going to Lagos. Extended family wahala can be tiring and annoying).

Returning to school after the break was something else. I really started on the wrong foot. It was as if some forces held a meeting against me. I was informed about my I.T defence which was in less than 4 days. In order to prepare my report, I rushed back to school and on getting to my room in school, I found out I had left my phone in the bus I boarded and it contained my unfinished I.T report. The laptop I was suppose to use suddenly developed fault. One of my cousins collected some money from me which was meant for school and promise me he would send it the next day and he didn’t send it. He is yet to send it till date.

I felt frustrated during that period but the good thing was that, no matter how bad I thought my situation was, it always ended with me smiling and thanking God.

Even though I was left with less than two thousand Naira, my phone was returned. A girl in my hostel lent me her laptop; my report was submitted on the exact deadline and my defence was good. Everything went well except that my cousin didn’t return the money.

2015 brought me lots of good things and for the first time in my life, I stepped out of my comfort zone, took some risks and succeeded.

I got my first scholarship/busary award this year. I never knew I could get it. I had written myself off. I had given up already after praying for about six months and when I finally decided to forget about it, the SMS that changed my story came.

As an undergraduate with side hustles, I tried out things in a new way for clients and I got recommended and paid ( small money sha, but it meant a lot).

I got closer to a friend and for the first time in my life, I was ready to date (I was used to giving excuses). Before my second semester final year exams, he officially asked me to be his girl (yippee). As a girl who doesn’t like making decisions she would regret, I sought the consent of some very important people in my life (not peer groups), and they all gave their disapproval. Their reasons are clear and for my own good especially, on the long run so, I gave him a NO. I felt bad for some time though and I’m glad it didn’t affect my final exams.
I’m really grateful to God for a beautiful 2015. Despite a not impressing first year result, He favoured me with a 2.1, helped me escape exam and records wahala and also missing results.

Returning to Lagos after graduating was a whole new experience. I was expecting my mum to welcome me home as usual but to my surprise, she was very sick. No one told me about it. I told mum how I felt about it and she said she didn’t want to bother me. Instead of getting better, she got worse. Besides child birth, mum had not had any reason to be admitted into a hospital; but this time around, she was admitted. I prayed, called close friends and my pastor in school to also pray for her. I was really scared. In less than a week, she was discharged. Though, it took some time for her to get better.

I’m glad she is alive and healthy today. I can’t imagine life without her.

In November 2013, I lost a tooth. In November 2014 on the same date again, I lost another tooth. Then, around October this year, another tooth started misbehaving like the other two I had extracted (I became angry and prayed against it). Miraculously, the ache stopped and I didn’t remove any tooth this year and will never remove any again.

One of my siblings got promoted at work this year and my family moved to a better apartment too.
Having looked at 2015, from January till today, I feel loved and blessed by my creator.

It wasn’t all rosy. There were days I was almost frustrated out of school, dealing with one family problem or another, money issues, serious health challenges of some loved ones, loss of an almost completed work, bad business days mum experienced, etc. In spite of the challenges, no life was lost, no accident was recorded. None of the challenges can be compared to the mercies God has shown me and my household this year.

What still amazes me is that ALL I wrote down at the beginning of the year and asked Him to do for me, he did all and added jara. I’m still amazed. I pray His goodness doesn’t end. (If I had known, I would have written more)
I would describe 2015 as the year I prayed more, gave more, took God more serious, stepped out of my comfort zone, laughed more and experienced miracles.

It’s definitely the best I have had so far.

Thank you BN Epilogues for the opportunity to share with the world a summary of my 2015 experience. I pray God blesses others with even better testimonies in 2016.

Oris Aigbokhaevbolo: ‘Out of Luck’ Conjures Disappointment From Promise

Aunty Bella: Miss. After a Viral Proposal My Fiancé Has Completely Changed