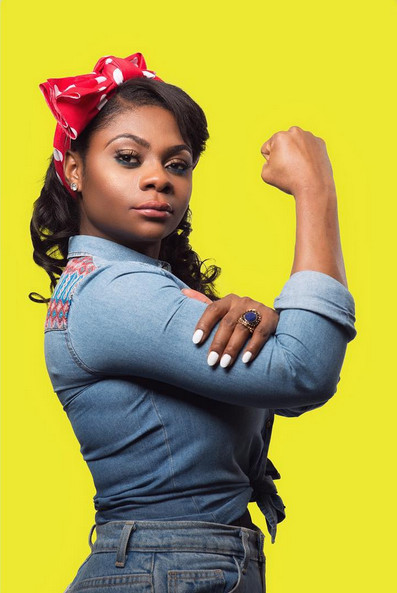 Karen Igho announced a couple of weeks ago that she was to be featured on BBC and now the interview podcast with the new mother has been released.

In the interview she talks about how she was hated when she was in the Big Brother house and how people grew to love her because they saw how much of a good heart she had.

She said, “I was constantly being judged for the way I look, the clothes I wear. I was one of the most hated persons on the planet when I first went into Big Brother .Because I have this very blunt personality. So at that time, they haven’t seen somebody like me. They were like who is this girl? Why is she like this? She’s from Nigeria? Omg she is so ugly! She’s this, she’s that. Look at her boobs. Look at the way she is dressed. She’s such an embarrassment to Nigeria. When I came out that was when I saw everything and I watched it. I was like oh my god; people actually were saying this about me? As time goes by, they started realizing that I’m not about what they see. That I have something in my heart. That I am actually genuine and I’m real. And they fell in love with me and I won. Why? Because they realize I have a good heart.”

Listen to her interview below.