Sandra Dairo: What To Do With a Jumbo-Sized P* 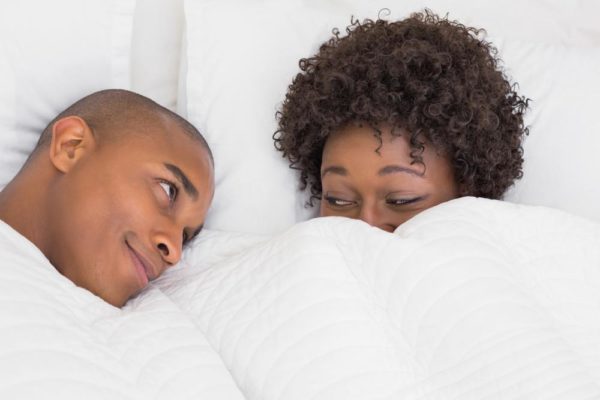 Long before I had an active sex life, I had heard ladies go and on about the orgasmic bliss that should be expected when sleeping with a man with a big junk. The guys would either talk about how big they were (you would think they were packing yam tubers) or whine that they wished they were bigger. So, at the back of my mind, for a long time, I wondered what ‘big’ was.

For years after my sex life ‘took off’ I was with guys who I had to admit were just average sized. I say they were average because when the big D’ discussion came up among my friends, I knew I have never come close to having the enormous member they described. For a long time, I believed I was missing out. My sex partners satisfied me fine, but imagine spending years eating a cake at a particular store where you believed they sold the best cakes, and then loads of people come to tell you there is a better store that sold the best cake somewhere else; you know the cake you have been having is awesome, but you immediately begin to doubt it. At the very least, you will be curious. That was what this was like for me. I was fine with what I had, but I was curious. Apparently, when you are really curious about something, the universe gives you what you want.

When I met Femi, it was a pretty interesting encounter. Femi was over 6ft tall and I could not believe he was interested in me. Did I mention I was barely 5ft tall? I am extremely attracted to tall guys but they hardly ever approached me so when Femi did, it was a big surprise. I won’t bore you with the ‘how we met’ story because that is not the point of this piece. Let’s skip over to the bedroom part.

So, when Femi and I got to the dating stage where we were going to do the deed, I did what any girl who knows she will be getting laid would do. I was shaved, primped and plucked. I wore pretty and matching underwear. And I made sure my *ahem* parts are ready for action.

After a hot and heavy makeout session in his bedroom, it was time for the clothes to come off. Mine came off first, then his. He pulled down his pants and underwear. I did a double take.

You know how I said something about a yam tuber earlier? This was pretty darn close. I literally gasped in shock as I lay there in nothing but my panties. This kind of package should come with a warning. I could not decide if I wanted to flee, or if I should touch it to see if it was real. I went with the latter.

“Wow,” I said. “You should have at least given me some sort of heads up.”

He gave me that smile. You know that one guys give you that says “yeah baby, you know you want it.”

Did I want it? I was not sure. Heck, I was not even sure what to do with it. Was I supposed to bow? (It was really intimidating) Do I pitch a tent underneath it (It was big enough to serve as a shade) or do I just admit that I was way in over my head and make my escape? Nope. I wanted to see what the fuss was about.

‘What in the world do you do with a massive penis?’ I found myself wondering. Anyway, after a little bit of awkwardness, I figured we should get down to business.

Have you tried trying to stick a pen in a keyhole? I mean, you can get the tip in but the rest is almost impossible. Yes, that was what this was. I tried everything. I turned this way and that. Bent over forward and backwards. Legs so wide apart that I was basically doing an air split (if there were any such thing). Perhaps it was due to my nervousness, but somehow, I could not “receive” him. We even tried lube just in case this was my fault. Nothing.

“Seriously, this is not working,” I said, after about 30 minutes of maneuvering my body and his. If you kept trying to stick a pen in the keyhole, you will give up, eventually, right? So, after he saw me off to the taxi park, we shared an awkward good bye and I never saw him again. I mean, really, what was I supposed to say? “Your duck (switch vowels, please) is way too big, but can we be buddies?”

Since then, I wondered, was it just me? Did I go about it wrong? Or does my biological make-up come with a size limit? The ladies that love the big ones, how do they do it? Or are they just lying?

Anyway, from then on, I make sure to preach to my friends that I will take an average Joe over big Jon any day. Sex is supposed to be fun, not a damn assignment.

So, kudos to the ladies who enjoy these jumbo-sized john thomases and extra kudos to the men who have to lug it around.

Related Topics:Sandra Dairo
Up Next

Woman Rejects Boyfriend’s Public Proposal Because Ring is Too Small