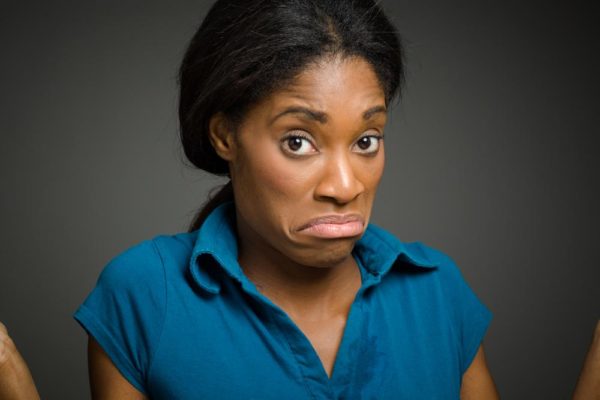 I recently joined Tinder (and promptly left) out of boredom and because one of my BFFs was having a really good time with the guys she met on the app. A part of me was jealous and wanted to experience the same attention she got. At first, I was a huge snob of an app were people were mainly judged by their looks. Also, the concept of swiping left or right seemed very stupid to me and felt like playing a game of Candy Crush. Nevertheless, I joined the app while waiting for my flight from Atlanta to New York and I deleted the app approximately 12hours later.

So this is what happened: I joined and for the most part I kept swiping left because I was looking for my dark chocolate men. Tinder crash course 101: swiping left on the app means you are not interested, while swiping right means you are. If a person swipes right to your profile and you did same to theirs, Tinder notifies you of a match, and you can start messaging each other immediately. Few minutes later, I was chatting with multiple guys. I mean the confidence booster you get from using the app is amazing and I say this for many reasons. For one, when you swipe right to a very hot looking guy, your first thought is “yea right, I will never match with this dude” and then a second later Tinder tells you “Mr. Hot guy and my average self is a match *insert love struck emoji x10*

Anyway, I started talking with one guy in particular later that night. We exchanged names, jobs, and phone numbers and he texted me (disappointing! I was hoping for a phone call) before we called it a night. The following conversation happened the next day:

9am next day: The regular good morning pleasantries. How was your night?
9:26am- 10:42am:
Me: “Do you have work today?”
Him: “Nope, resting. Maybe I will see you after work?”
Me: “Sure. Maybe we can have a quick late lunch in Harlem. Been to Corner Social on 126th and Lenox?”
Him: “ohh I am home today o, too cold outside”
Me: “ok! So you cannot drag yourself out of the apartment?”
Him: “lol you already out why can’t you come”
Me: “lol so we just texted and you are expecting me to come and chill with you after work…. Tinder is really the dating apocalypse. Nigga bye, it was nice knowing you”

By 10:44am, the app was off my phone. Yes, in my opinion, Tinder and all other hookup apps masquerading as dating apps are really the apocalypse of dating. I had frequently heard and read that Tinder was the hookup app, but I was never a believer until I had my own experience.

I’ve used dating websites before, and in my experience, the people you meet on there at least pretend to care and take you on one or two dates before asking if you are DTF (Down to F*ck). Furthermore, dating websites allows you to read peoples profiles, see their likes, dislikes and activities, whereas in Tinder those things don’t exist.

In my Tinder case, the heifer (I have many other qualifying adjectives, but this would do) could not even get himself out of the apartment to meet me by the hot dog truck, halal food truck, McDonalds, Wendy’s, KFC before asking for a hook up. Rather he just wanted me to arrive to his apartment like Chinese food delivery. I don’t even blame him, I guess that was the norm he was accustomed to by other Tinderellas he has consumed and spat back into the society (Tinderella was coined in a Vanity Fair article titled “Tinder and the Dawn of the Dating Apocalypse”).

Tinder has made it so easy that the male specie cannot even make any attempt to have meaningful conversations before asking for something in return. Some can have emoji conversations without typing any English character and expect you to put out. Personally, I will be DTF with a guy I conversed with in a bar and one who paid for my drinks all night, but I will not be DTF with someone who swiped right and text messaged me. Please this write up was only to share my experience on Tinder and should not discourage other individuals willing to try. My BFF is having the time of her life with no strings attached. At this time, I have reverted back to online dating websites where people pretend to care before seeking Chinese food.

P.S. I’ve come to learn that most guys on Tinder swipe right to every profile even if you look like the Hulk to improve their matches. I guess that confidence booster is gone forever.

Sandra Dairo: “Just the Tip” & Other Ways Guys Try To Get In Your Panties

Amauche holds a Doctorate Degree in Nursing and currently works in New York City. In her spare time, she is a walking wikipeadia, a tv show addict and a historian. She is also the founder of naijaprofessionalsmingle.com and is seeking to connect all Nigerians home and abroad. You can reach Amauche at [email protected].