Reckitt Benckiser launches 'Save a Child a Minute' with the Federal Govt. to Combat Diarrhea among Nigerian Children 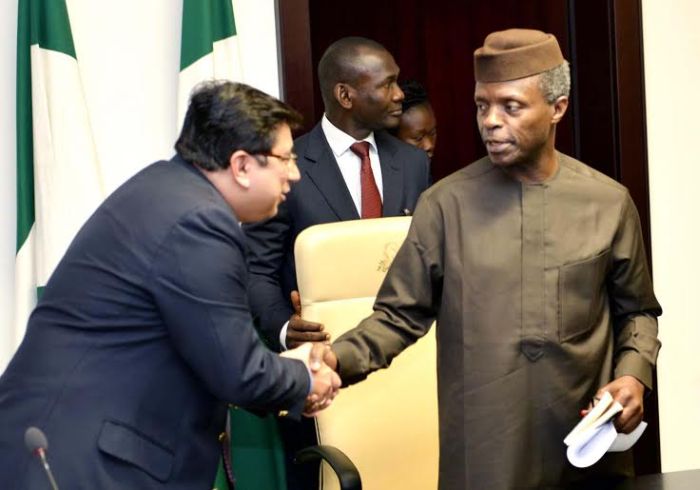 Reckitt Benckiser (RB) one of the world’s leading consumer health and hygiene companies has upped its commitment to the eradication of diarrhea among Nigerian children. This new height in the company’s Corporate Social Responsibility (CSR) became evident last Tuesday, with the announcement of a multi-billion Naira partnership with the Federal Government to fight the scourge among Nigerian children.

This fact was revealed when officials of the company paid a courtesy visit to the Vice President, Professor Yemi Osinbajo where they presented the N7.2 billion ‘Save a Child a Minute’ programme to him. Under the programme, Nigeria will receive N1.2 billion towards creating what the company called, a “Healthier and Prosperous Nation.” 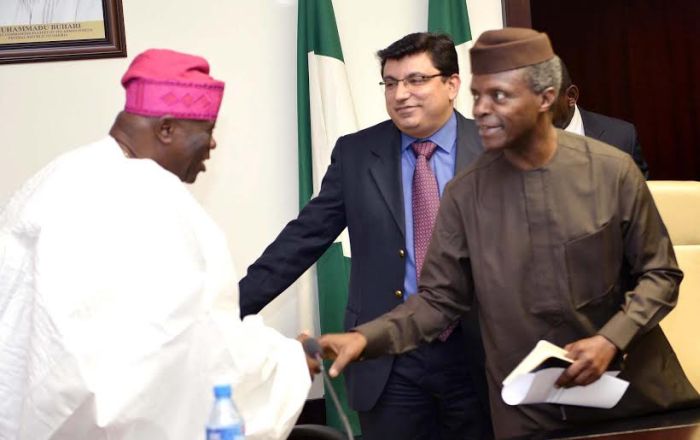 According to the United Nations Children Education Fund (UNICEF), the diarrhea prevalence rate in Nigeria is 18.8% and is one of the worst in sub-Sahara Africa and above the average of 16%.

Diarrhea, it said, accounts for over 16% of child deaths in Nigeria, and an estimated 150,000 deaths mainly among children under 5 occur annually due to this disease mainly caused by poor sanitation and hygiene practices.

It is also estimated that diarrhea kills about 194,000 children under five every year in Nigeria, as respiratory infections kill another 240,000.

The global body observed  that trends in the past five years allow for cautious optimism that significant progress will be made in reducing  the number of people globally, who practice open defecation.

Globally, UNICEF is supporting 50 countries including Nigeria to implement Community Approaches to Total Sanitation (CATS) such as Community Led Total Sanitation. This is aimed at empowering communities to identify their sanitation challenges and take necessary actions to end open defecation

However, Murgai stated that RB’s global vision is “to provide our consumers with innovative solutions for healthier lives and happier homes.”

He disclosed that RB has been operating in Nigeria for over 50 years and as the nation remains one of the key priority markets for continued focus and investment. Accordingly, he maintained that RB has been working to create a culture of health and hygiene and is present in the country with its portfolio of trusted brands like Dettol, Nurofen, Strepsils, Gaviscon, Durex, Harpic, Mortein, and Air Wick. 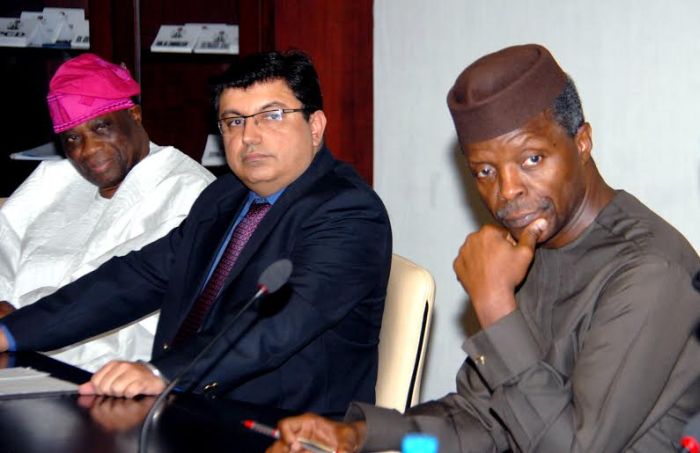 R –L , Vice President Osinbajo; the Managing Director Reckitt Benckiser(RB) West Africa , Rahul Murgai and the Chairman of the Company, Chief Olu Falomo during the visit of the company to Presidential Villa, Abuja

He further stated that RB is not looking at Nigerian opportunity over short term but see a longer term potential and that Nigeria will remain the epicenter for African growth and plays an important strategic role in serving and developing other key markets in West Africa.

He continued – “With Dettol, a trusted name among Nigerian households and mothers, we have been actively partnering with Ministry of Health, Nigerian Medical Association, Save The Children and other NGOs to create scaled awareness around good health and hygiene. As part of our ongoing commitment, we have already reached 5 million mothers and 3.9 million school children over the past 6 years to improve on maternal health and consequently reduce infant mortality in line with Nigeria’s commitments to the Sustainable Development Goals.“

“However, these interventions though in right direction, need much greater participation and scale from like-minded corporates, NGOs and government if we were to build a truly healthier and prosperous nation.

Reports from the Water and Sanitation Programme Research show that Nigeria loses N455bn annually to poor sanitation and hygiene. This increases the risk of disease and malnutrition making it an urgent priority for all the stakeholders and society. We believe that the implementation of National Health Act, Rota-Virus and Wash Policy will all contribute to making Nigeria healthier“, Murgai said.

The impact, according to the RB boss, is startling in human terms- as ‘one child dies every minute’ under the age of 5 from preventable diseases, specifically diarrhea.

“Accordingly, we are announcing the ground-breaking ‘Save a Child a Minute’ programme in partnership with Save The Children and Lagos State Government. This is being piloted in Shomolu LGA where we are working to reduce prevalence and incidence of diarrhea by 50% and mortality by 80%.“

“What makes the programme ground-breaking is that for the first time, a holistic approach on the WHO Seven-point plan is being implemented in Africa. The knowledge is being shared with the Federal Government in anticipation of creating a national movement to fast scale the programme,” Murgai added. 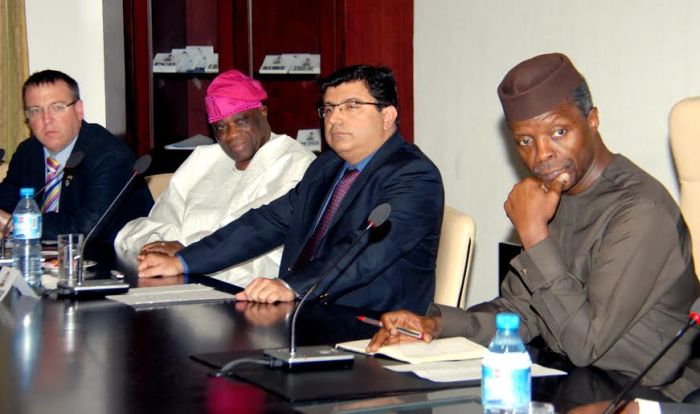 Speaking specifically on Dettol’s commitment to increase awareness around the importance of adopting healthy hand washing habits among children, Murgai revealed that the Dettol School Hygiene Programme (SHP) which was launched in 2009 has reached more than 3.9 million children since inception, with various education materials and school visits to enlighten the pupils on the importance of personal hygiene.

Take the Next Step in Your Education! Meet with a University of Leeds Rep in Lagos & Ibadan this January & February