Amarachi Okeh: Telling Your Friends The Truth About How they Look Can Be Dicey...But Neccessary 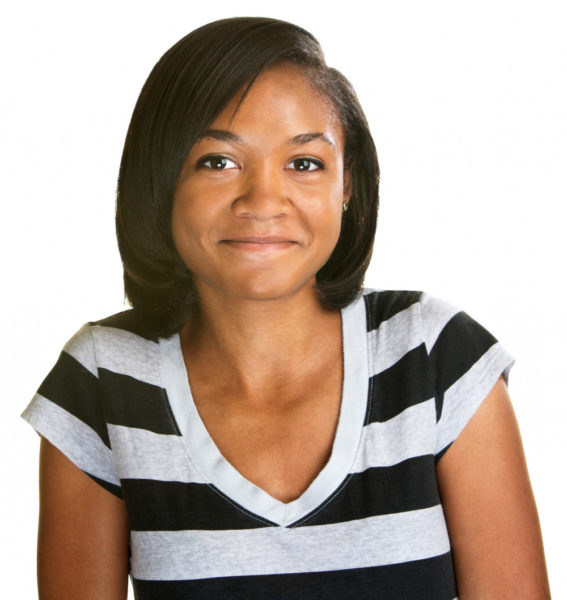 She had dressed that day in midi skirt, sleeveless top and jacket feeling suited up for an interview she had somewhere at the Victoria Garden City estate. For confirmation she turned to friend: ‘you look ok,’ Vivian said. Not convinced, she turned to the Oluchi, who said, ‘Hmm you are ok.’

She sensed the hesitation in their responses, but they are her friends and she believed them. Later the next week, she paired the same skirt with another top and that was when the truth came out! Vivian said ‘ehen, now you look better not like that ‘mgbeke’ feeling funky you wore for your previous interview.’ She felt bad. Disappointed.

What is so difficult and uncomfortable in telling your friends the truth about her dressing, hair or make up? You see the makeup is smeared all over her face, ill-fitting, making her looking like two different shades of chocolate in one body. The hair doesn’t compliment her at all, and stuff like that. However, when she seeks your opinion and you tell her she’s ok? Haba! You know the truth doesn’t hurt. Ok, it might actually hurt for a few minutes but it amends a lot!

Once, during our zonal CDS meetings when I was a corps member, as the general secretary, I was sitting with other executives on the platform when I spotted my friend, Oby with a hideous make-up. I couldn’t hold myself, I mouthed to her ‘what happened to your face?’ right from where everyone was facing us. She laughed. I rushed over to her once the meeting was over and asked what on earth happened to her face beat, because I know she’s one great makeup artist. She blamed it on the powder and I asked Maureen why she didn’t tell her because they actually left the house together. I felt that was a wicked thing to do to a friend!
I thought, ‘how on earth did you feel comfortable with her face almost white like fufu walking beside you?’ I thought it was a wicked thing to do – in fact it was. I don’t see the big deal in telling your friend that ‘hey, your make-up is bad,’ ‘your dress doesn’t fit’ or ‘the hair isn’t really nice on you’ because honestly you don’t know what you are saving her from.
If she eventually finds out from another person, she’d feel bad and mad at you for not telling her. It’s just not a fair and wise choice of action.

So ladies, why is it that we hold back in saying the truth in these simple things? It’s not like you are trying to tell her that you caught her boyfriend or husband cheating or something more serious?

Sometimes all a lady needs is a second opinion. A sincere one at that but when when we don’t tell our friends the truth, are we really being good friends?

This seems like a trivial matter but trivial matters like these are serious and they actually do matter.
So ladies especially, please stop with the impolite kindness and untruthfulness. Little things like these matter in relationships.

Ofilispeaks: Stamp Duty – A Regressive Tax On The Poor?