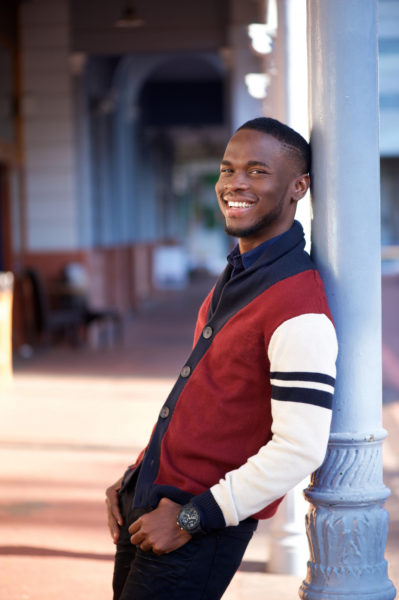 My plan was to take the higher road and ‘lerrit’ all go, but no… I am not strong enough. Not this time. I am going to talk about this. No, I am not the proper girl with all the right etiquette and manners after all… so, I might as well enjoy being ‘me’.

A few days ago, while working on a story for a client, a colleague buzzed me on Skype with the message: “Nkem, have you seen these tweets?” attaching a screen shot of superfluous tweets from an aggrieved media contact. My first response was: “who is that?” In all truth, the name did not ring a bell. Quickly, I searched for his handle via Google and his page came up. Apparently, the man – who is someone you think would have a lot on his plate and wouldn’t have enough time to rant unnecessarily on Twitter- had tweeted the same matter three consecutive times and some other people had actually retweeted. Amazing!

Again, I read the tweets – his complaints which featured my full name in every single sentence. This was obviously with malicious intent; he claimed that I had been relentless in sending him e-mails asking him to publish sponsored articles despite the fact that he had asked me to stop sending them.

First, I have several jobs that I have to juggle on a daily basis, I do not have the time to send incessant emails to any single person. Secondly, I do not recall receiving any e-mail from him, asking me to stop, or I’d have taken his address off the mailing list already. Thirdly, why he felt the need to make a public show of himself over something so trivial was beyond my comprehension. He could have ignored the mail or just blocked them. Seriously, why the cry for attention? Why troll me? Was he possibly baiting for a Twitter war or something?

To be honest, the prospect of starring in a Twitter war was slightly alluring as we all know it is on trend at the moment…but as I double tapped on our noble brother’s handle, I swear I heard Olamide’s voice minister to me in a chant: “Oya, don’t! Stop. Take it. Low now…” Hmm. I quickly closed the Twitter app, spent some time biting my lips trying to sing the entire song, then got on with earning a living.

It is said that you have to be tough skinned to survive the world called ‘social media’; and I agree to that… but then, this whole ‘trolling’ thing seems to be getting out of hand, especially on the Nigerian social media scene.
Basically, a social media troll is someone who deliberately roams around social media, provoking others online by raising negative conversations and making inflammatory, offensive, or provocative comments, with the intent to upset others or bait them into reacting. The annoying thing about these trolls on the Nigerian social Media scene is that they are no longer just confronting those in the limelight or entertainers; everyone is under attack as it is! After my recent experience, I took some time out to contemplate these trolls, considering others cases of trolling that I am aware of, and I have discovered four types of trolls that everyone in the country with a social media platform should be on the lookout for. Read on to discover them too – that way you can figure out what to do when they come a-knocking.

The know-it-all Troll
A classic case is the Linda Ikeji and Hermes Bag drama. These trolls think they know everything about everything, and they will argue about it until the end of time because they are never ever wrong. Can you believe that someone with a purpose in life, actually scheduled in time and probably even made calls to verify the authenticity of a bag posted on someone else’s page…just to prove a point? These troubled souls are the same ones that will scour your Internet history and dig up a conversation with you from years ago to remind you of a mistake you made or the time you did something embarrassing or unethical, all in an effort to show you they know better and they are right. No matter how amazing or popular your content is, they will find a way to prove to you -without a reasonable doubt- that you cannot please everyone. They are the masters of English and everything really else. They will correct all your typos, grammatical errors and teach you the right way to use #hashtags on social media. Their reality is based on social media postings, and they have every data saved. Basically, they need to damage your self-esteem in order to survive. Ignoring these trolls may not be the best resolve, you need to counter their assertions with facts… but you also have to be strong to take them on. They do not fight fair.

The Calling-out Trolls
These trolls are the most confident and self-righteous of all the trolls. Consider the troll that called out Jim Iyke for being boring, or even better, the Instagram follower who called Kate Henshaw the ugliest woman on earth, saying she is a shame to womanhood. Hian! The calling-out trolls are the ones that will not allow you to promote yourself on social media in peace. They are well aware that most people in Nigeria use their social media platforms to sell their talent, skill, business…and sometimes, even themselves. However, the moment their targets share any bit of information in attempt to allow others learn more about them and what they are all about, these trolls come out to play.

They won’t let even the hint of a self-promotional tweet float by without making a snide remark or throwing an insult. Sometimes, they take what you say out of context, warp it from your original message, and then respond to you with the kind of vehemence typically reserved for political debates. They simply do not care about your status or background as their main calling in life is to challenge you and disagree with everything you say, unwittingly posting comments that can have severe effects on you or your ‘market’. Their end game is to bait or inflame you into falling to their level. Funny thing is that sometimes, these trolls actually believe you owe them in some way and because they think they have your story, they have the authority to judge and criticize you. The best way to tackle these trolls is to ignore them and get on. Engaging them will burn you out. They will find a way to make everything you say horribly and personally offensive. They are in it for life and will never back down.

The Attention-seeking Troll
Niyola posted a bare face picture of herself on Instagram and next thing you know, some troll posts a comment advising her to quit the natural look and instead make efforts to always look ‘fly’ as she is an entertainer. Please…who asked for your opinion? Must you be noticed? The attention-seeking troll is the most common and most annoying of the trolls! They get a kick from single-handedly moving others to spend their time and emotional energy on them.They want to associate themselves with you by all means or get you to notice them, so they employ every tactic possible on social media. They seek you out online, follow you, like you picture and start to comment on all you posts, offering unsolicited advice or admonitions. Other times, they just want to get a measure of fame off of you, so they mention your name in negative or controversial posts that suggest that they are linked to you in some way.

A category of these trolls are contacts that put out private information concerning their target in public when it most certainly could have been tackled privately. They put you on the spot with hopes that you are forced to respond to them and give them the attention they need. An interesting case was the Nigerian fan that asked Wale to gift him N50, 000. The best way to tackle these trolls is to ignore them or deflect their plan with witty humor. Wale’s response was totally on point.

The Clueless Troll
There is a certain kind of rush that comes from being followed or having your content liked or reposted on social media. A lot of people understand that, and so, some in the bid to get in the good graces of others retweet, regrann and repost blindly. They do not bother with taking a pause to consider the message of the content or the impact it could have on their social sphere. The clueless trolls re-post other trolls, unconsciously joining in on the trolling. A very good instance is the case of Olamide and Don Jazzy, where tons of people on Twitter reposted Olamide, making Hastags and memes with the phrase “Leave trash for LAWMA”. They want to be associated with new trends so they just follow what or whom the majority is following and repost accordingly.

Let’s face it: nothing can be done about social media trolling really. Think about it, though their response may be offensive or inappropriate, they are merely exercising their right to free speech. Again, while these trolls are super annoying and irritating, you have to give them credit for actually making social media much more fun and exciting.

Have you had any experience with Trolls on social media? And do you think there should be more on the list? Let’s talk about it in the comment section.

Caleb Somtochukwu Okereke: Tough People Are Made of This

Drop the Weight with EJ: Do You Have to Eat Special Diet Food to Lose Weight?