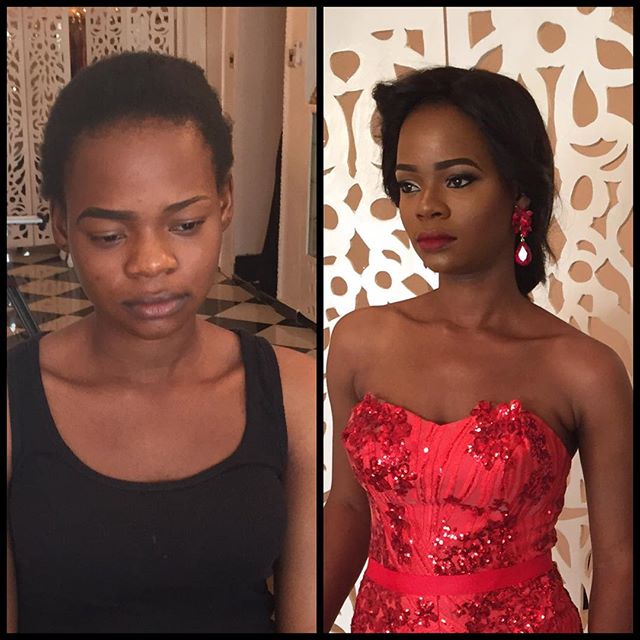 Before & After – Olajumoke Modeling for April by Kunbi

Olajumoke Orisaguna, the breakout model, has been advised by some Lagos residents to dress as decently as possible as a celebrity.

The residents gave their advice in separate interviews with the News Agency of Nigeria (NAN) today – on Thursday 3rd March, 2016 in Lagos.

Residents Words of Advice to Jumoke

Olabisi Aderibigbe, a computer engineer, called on the 27-year-old celebrity not to expose her body.

“The model is lucky to be seen and picked but my worry is that she does not know the terrain she has gone into.

“Exposing body is unAfrican, soon they will give her only pant and bra to wear and cat walk all in the name of modelling.

“Whatever the people that found her out are doing, they should have at the back of their minds that she is a married woman with kids.

“They should have the decency to choose better clothes for her,’’ he said.

Deborah Mathew, a civil servant said that it was not decent for Orisaguna, a married woman and mother of two, to wear skimpy clothes, even in the line of duty, saying her children will see it and most likely emulate her and added that she is laying a bad example for the youth.

“Posterity will not forgive her for that because the children will see it and might emulate her and she cannot advise them because she is guilty.

“What example is she creating for youths like her and her environment; you can see how her boobs and thighs are showing.

“This is not the type of modelling we are talking about for a married woman,“ she said.

Nneka Ibemesi, a student of the University of Lagos, said Orisaguna should further her education irrespective of whatever amount of money she might be making from the modelling industry, saying she will never go too far without formal  education.

Others advised her to remain humble despite her level of achievements.