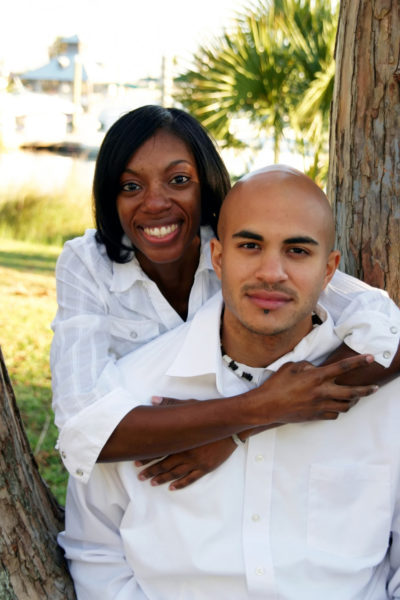 The Contract is a series on BN Prose. Read the first two parts of The Contract HERE & HERE

***
Victor pulled his shirt over his head and threw it into the laundry basket. He was going to have to ignore work long enough to call up his laundry guy. The adrenaline from the anticipation of danger had dissipated, but not before starting heavy metal music inside his skull. He stepped back into his bedroom and frowned when he found that his girlfriend was still on the bed with her sleepy smile.

“To what do I owe this esteemed visit, Gloria?” She looked different, he thought. Had she lost weight? Was that a new hair colour? Why should he care about changes in a woman who had disappeared from his life for three months without a thought as to how he’d feel?
A strap of Gloria’s lacy camisole slid off her slim shoulders when she sat up on the bed and rubbed the stubborn dregs of sleep from her almond-shaped eyes. “You are clearly not in a good mood, Victor. Are you okay, baby?”
He didn’t have to transfer the aggression he felt to Gloria, even when she also deserved his acidic mood.
“I had a tough day at work.”
“Is it Chief? Is he feeling better now?”
“Chief is fine,” Victor called out as he went back into the bathroom and turned on the shower. He stepped under the scalding rivulets flowing from the showerhead, gritting his teeth when his skin bore the punishment meant for his clouded mind. He could rely on hot showers to unclog the murk in his mind. What would he do now that Chief had gone senile?

Victor’s father had died just before Victor was to start university, so he had gone to Chief, his father’s best friend, to complain about lack of tuition fees. His father had died and left a mountain of debt, so the banks swooped in and took his houses, cars, and even sealed off the textile manufacturing plant that had sustained the family for years. Chief’s famous benevolence came into play when he set up a scholarship fund for Victor and also assumed responsibility for his widowed mother. It was only natural that a shrewd businessman like Chief would track Victor’s progress the way he did his other investments. On the day of Victor’s graduation, Chief flew down to Connecticut and patted the boy’s back and beamed like any proud father would. God forbid he’d train such an intelligent boy on his own dime and sit back and watch him take his talents elsewhere. Standing under the shower, Victor remembered how Chief had effortlessly dangled the job offer under his nose, one no sane human would refuse.

Victor returned home to work for Chief, and he absorbed the knowledge and experience oozing from the man’s pores. He’d woken up countless mornings – grubby and disheveled – to find he had passed out on his office desk the night before. He didn’t dare go home on those nights when Chief decided he needed to stay up all night to dominate the Nigerian economy. Now Chief was dying and wanted him to marry his disabled daughter. Had Chief planned all along to groom him and then set him up for marriage?

He stepped out of the shower and snatched a towel from the folded set hanging on the bathroom rails. He was still drying himself when he stepped back into the bedroom. The bed looked like a crater now that Gloria was no longer on it. He threw on his cotton robe and then went to the kitchen where the aroma of sautéed onions led him. He pulled out one of the three chairs surrounding the island and sat down. His stomach cheered when Gloria poured tomato puree into the frying pan.
“Hi, baby,” she cooed, but she kept her back to him. How else would he have noticed the black thong snuggling between her heart-shaped butt? He had given the lingerie to her just a few months ago, and he hadn’t seen her since the night he’d slung it playfully at her.

“Put some clothes on, babe,” Victor said. “I really need to think.”
“I like that you’re implying I’m a distraction,” Gloria said, turning down the heat of the cooker. She sashayed towards Victor and came to stand before him with her hands on her waist and her legs slightly apart.
“I’m serious. Please put something on,” Victor groaned. She gave him a smile that suggested that there was more temptation to be brought his way, and then she disappeared down the corridor. She returned to the kitchen wearing his grey Yale t-shirt, and it fell only to the soft crease that joined her thighs to her derriere. Victor stabbed at the pieces of fried yam swimming in delicious sauce. It was tasty as Gloria’s food always was, but the raging storm of anger in his stomach wouldn’t allow the few bites he managed to settle peacefully. He pushed the plates aside and strode to the bedroom.

“What is it?” Gloria asked, running after his back.
“I don’t see you for months on end and suddenly you are back here without notice. Excuse me if my reception of you is less than warm.”
Gloria plunked down on the bed beside him and clung to his arm.
“I had to go away for a while,” she said. “Vic, I had to go away because I needed space to think. You should be glad that I am back.”
“No, I am not glad. Your disappearance and reappearance act has grown old. It used to be cute before, now it just fiddles with my nerves.”
“I’m sorry, dear. This time I am back for real.”
“That’s what you said two reappearances ago.”
“Well, that was then, and this is now. It is a new year, so can we start with some positivity? I said I’m back, and I am back for real.”
“Thank you for bringing your inestimable self back. What would the human race do without you?”
“You become such a grouchy and sarcastic teddy bear when you’re upset,” Gloria said, laughing softly.
“I just didn’t expect to come back and find that a ghost still has a key to my house.”
“I only got scared when you started talking about us on the long term, so I fled. I promise that things will be different now that I’m back.”
“Ironic, isn’t it? Most women love hearing about long term commitments.”
“I admit I acted silly. But here I am, finally unafraid to face stability.”
“Then why don’t I believe you?”

Gloria straddled his hips and framed his face with her long fingers.
“I have told my parents about us.’
“I have been asking to meet them for a long time, but you always said you weren’t ready.”
“I know I said no to you when you insisted on marrying me, but it was only because I was scared that I really had nothing to offer someone with your drive and ambition. I was afraid you’d wake up one morning and find out that I was just a hollow shell with no substance inside, and you’d hate me for it. It was always easier to come here, have the best possible time with you and then leave afterwards. I have realised that I was wrong then, that it is okay that we are different.” She brought her forehead against his and rubbed the tip of her nose on his. “I am ready to marry you, Victor.”

Itua Iyoha: The ‘Whole Foods’ Secret to Achieving Your Optimal Weight Without Dieting

Nma Agada: The Thing Around Your Ankle