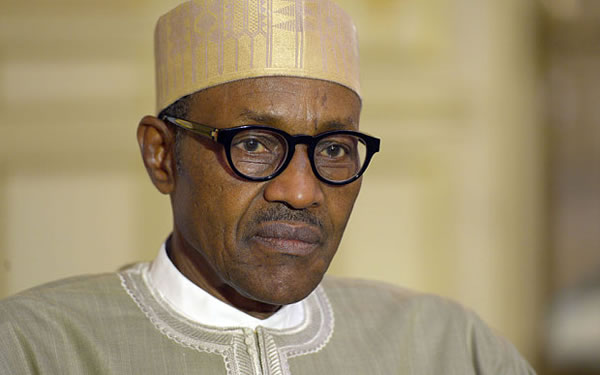 President Muhammadu Buhari has described the difficulties Nigerians are going through as “the birth pangs of a great future”.

Buhari, who gave the description at the official inauguration of some projects in Lagos on Monday, said that the Federal Government was fully aware of the difficulties Nigerians “have had to go through”.

The President, who was represented by the Vice President, Professor Yemi Osinbajo, however assured Nigerians that the pains would eventually give way to prosperity and bring about the desired success of the country.

“I want to also say on behalf of Mr President that we are fully aware of all of the difficulties that Nigerians have had to go through, but these difficulties are birth pangs of the great future. This country is going high and it is going to be a great nation indeed. This country is going to be a nation where there will be abundance and there will be prosperity.

A lot has happened in the past that has done a lot of damage and we must repair that damage. It is that damage that is being repaired that you see today. A lot of it are the birth pangs and the birth pains that we are seeing.

But Mr President has asked me to assure every single Lagosian and every Nigerian that we are on the path of progress,” Osinbajo said

Buhari commended the Nigerian Labour Congress for deciding to work with Federal Government not only to ensure the liberisation of the petroleum products market but to “make fuel supply more efficient and profitable” as well.

According to him, competition in the petroleum market will reduce the price of fuel in the country.

The President said that 30 per cent of the 2016 budget would go to funding of infrastructure, especially rail and road projects.

He also said that the Federal Government had set aside N500 billion for social investment that ensure that 500, 000 graduates were offered direct employment, while 370,000 non-graduates would be offered vocational training.

He added micro-credit would be provided for one million market women across the country.

He urged Nigerians to be patient as the current administration had a lot to offer them.

The News Agency of Nigeria (NAN) reports that Osinbajo inaugurated the Lagos State Emergency Management Agency (LASEMA) Rescue Unit and the Ago Palace Road Project on behalf of President Buhari.

He also handed over Pick Up Vans and Power Bikes provided by the state to security agencies on behalf of the President.

Earlier, Governor Akinwunmi Ambode of Lagos, commended the President and assured him of the state’s commitment to improving the operations and welfare of its security agencies.

Ambode said the rescue unit was set up to reduce the response time to emergencies in the state.

Why I joined Others to Remove Sheriff as PDP chairman – Fayose