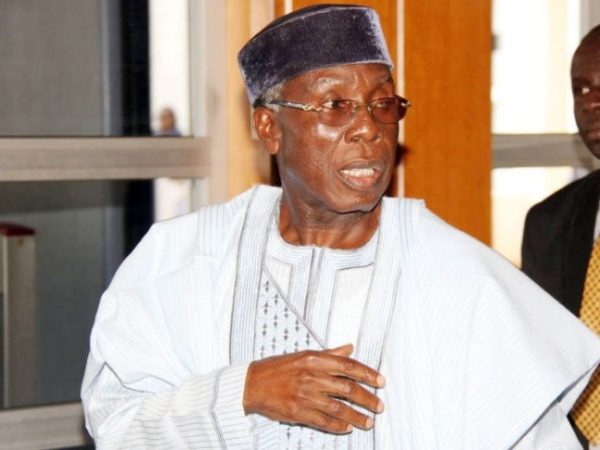 Minister of Agriculture and Rural Development, Audu Ogbeh says 11 states have provided 55,000 hectares to establish ranches to curb farmers and pastoralists clashes in their states.

Ogbeh made this known at a news conference on Thursday in Abuja.

He said of all the enterprise in the livestock sector, only the poultry industry had achieved an appreciable level of commercialisation.

Ogbeh said other industries in the livestock sector were predominantly in the hands of subsistence farmers with pastoralist system of production contributing over 90 percent of cattle production in the country.

Ogbeh said this impressive statistics which had made Nigeria number one in livestock in Africa had not met the national demand of animal protein or contributed to the GDP over the years.

He decried the low milk production in Nigeria as a cow produced one litre of milk a day while a cow in Saudi Arabia or Brazil produced 30 to 40 litres.

“Saudi Arabia produces 4.7 million litres of milk daily while Nigeria imports about 1.3 billion dollar worth of milk annually to make up deficit.

The way forward in improving our livestock and dairy industry is to intensify efforts on adding value to the industry along the respective livestock value chains.

In line with our goal of attaining self sufficiency in animal protein, this administration has set out to establish ranches to be planted with high quality improved tropical grass and legume species.

We shall provide irrigation for all year commercial fodder production to enhance settlement of pastoralists and ensure cattle, sheep and goat improvement through an expanded breeding programme through artificial insemination.

We shall group dairy farmers in clusters, build their capacity and equip them with milk collection facilities and facilitate single digit loan for them,” he said.

The minister said there was a new disease outbreak affecting maize production in some parts of Edo and in the South West of the country.

He gave the name of the disease as “army worm”, adding that relevant research institutes were working on it and the ministry was monitoring the level of threat it posed.

Ogbeh urged farmers not to panic, adding that the ministry would take further action if the disease is not controlled within a short time.