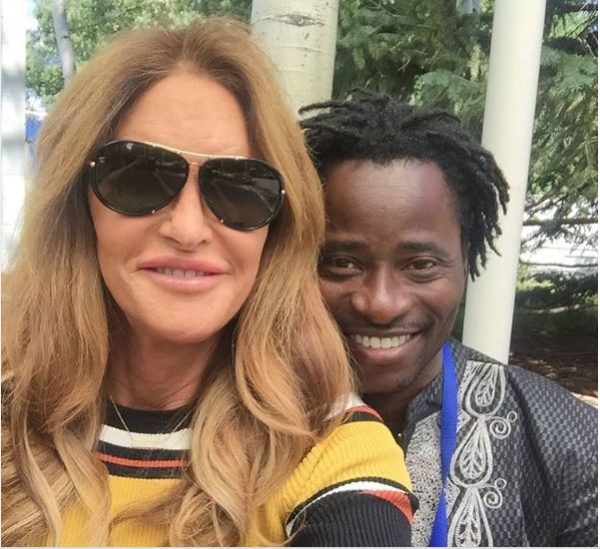 Transgender Caitlyn Jenner and Nigerian gay rights activist Bisi Alimi had a run-in during the Aspen Ideas Festival 2016 where Bisi Alimi was a speaker.

Bisi used the opportunity to get Caitlyn’s views on the way transgenders are treated in a short clip he posted on his Instagram page.

Guess who I have on#60secswithBisi? It’s @caitlynjenner, and she has a message for #African Trans people. #caitlynjenner #Trans #African #AfricanTrans

Happy to have met the activist, Caitlyn also took to her page to gush about Bisi Alimi.

I met Bisi Alimi this weekend. I love his fearless passion for the #LGBT community and Africa!! He has opened my eyes to the enormous problems that exist. A little bit about Bisi – He is the founder and director of the Bisi Alimi Foundation, which advocates for sexual and gender minorities in Nigeria. He also consults for the World Bank on the economic impact of homophobia and serves on its Sexual Orientation and Gender Identity task force. Alimi was a 2014 New Voices fellow at the Aspen Institute and was listed as the 19th most important LGBT person in the United Kingdom in 2015 and No. 77 on the 2014 World Pride Power List. His TEDx talk, “There should never be another Ibrahim,” is considered one of the 14 most inspiring queer TED talks of all time.

Can Phyno Act? Watch the Rapper on “The Bigger Friday Show”