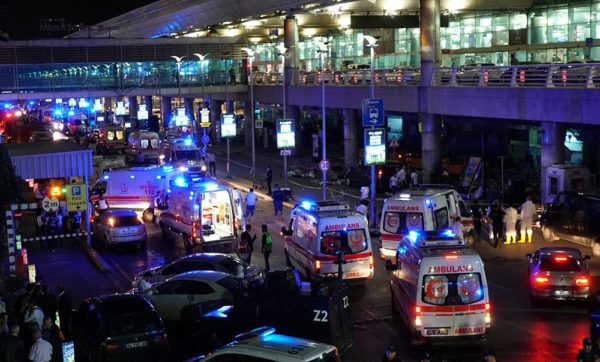 A Turkish official on Thursday confirmed that the three suspected Islamic State suicide bombers who attacked the Ataturk International Airport, Istanbul were from Russia, Uzbekistan and Kyrgyzstan.

The suspects are accused of killing 42 people in a gun and bomb attack at Istanbul airport this week.

The official, who spoke on condition of anonymity in Istanbul, declined to give details because the investigations have not yet been released.

“Investigators had been struggling to identify the bombers from their limited remains, from the deadliest in a series of suicide bombings in Turkey this year. The three bombers opened fire to create panic outside, before two of them got inside the terminal building and blew themselves up. The third detonated his explosives at the entrance,” the official said.

Another official confirmed that a medical team is working around the clock to conclude the identification process.

Meanwhile, a pro-government paper, Yeni Safak, said the organiser of the attack was suspected to be a man called Akhmed Chatayev of Chechen origin.

It said that Chatayev was identified on a United Nations sanctions list, as a leader in Islamic State responsible for training Russian-speaking militants, and was wanted by Russian authorities.

Also, the Hurriyet Newspaper named one of the attackers as Osman Vadinov, also Chechen, and said he had come from Raqqa, the heart of Islamic State-controlled territory in Syria.

The Turkish officials have refused to confirm either Chatayev or Vadinov were part of the investigation.

Related Topics:Istanbul Airport Attack
Up Next